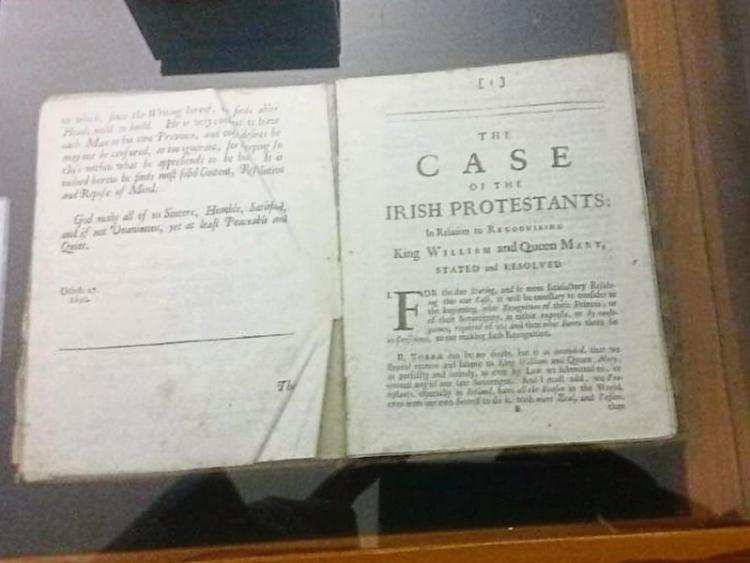 Tour Guides in the Rock of Cashel should be trained to showcase a proposed exhibition of part of the GPA Bolton Library collection, which could return to Cashel as soon as next year, heard this month's Municipal District Meeting.

Cllr Roger Kennedy said he had spoken to the head of University of Limerick’s Library, and there has been a lot of work done regarding the Church of Ireland GPA Bolton Cashel Library collection that was transferred there.

Cllr Kennedy put forward a motion urging that the members be updated on the progress of negotiations with the OPW to expedite the opening of the Bolton Library exhibition in Cashel.

It’s understood some of the collection now undergoing repair work, could be transferred back to Cashel for display in an exhibition in the former tax offices in Friar Street. Cllr Tom Wood said he understood the OPW has set aside €90,000 for that purpose.

The Rock of Cashel authorities will be interviewing candidates as potential Tour Guides around Christmas time for 2018, and the Friar Street exhibition could be manned by staff from the Rock. Cllr Wood said he made contact with Director of Services, and former Cashel Town Manager, Séan Keating, to ensure there was staff available and funding set aside for that venture. University of Limerick has restored some materials, and hopefully when a new state-of-the-art visitor centre opens in the coming years, there will be a further link between the Rock and the UL collection. “Everything seems to be in place, it just needs the final get together,” said Cllr Wood. When the Friar Street exhibition is linked to the Rock, it will hopefully increase circulation of tourists around Cashel. The Church of Ireland community in Cashel are the owners of the collection.

Cllr Roger Kennedy supported the call to inform Mr Keating that UL are “up and ready” and staff should be trained with a view for showcasing the history of the treasured collection, dating from Renaissance Europe.