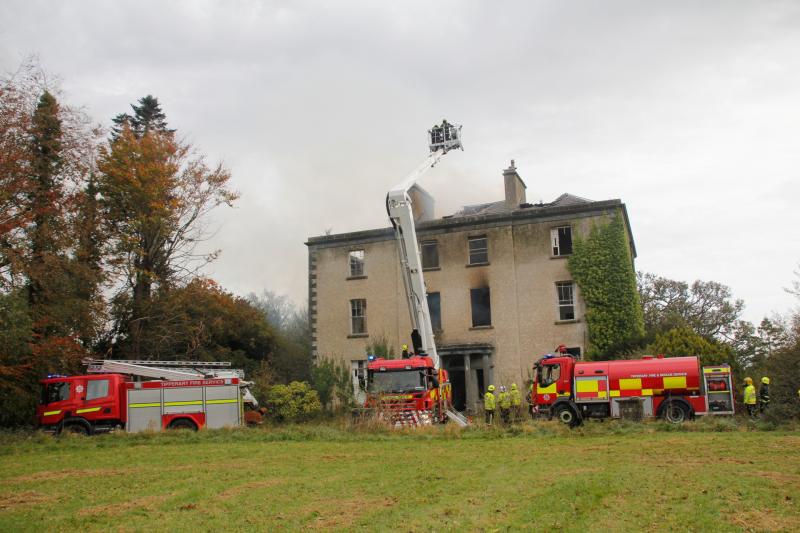 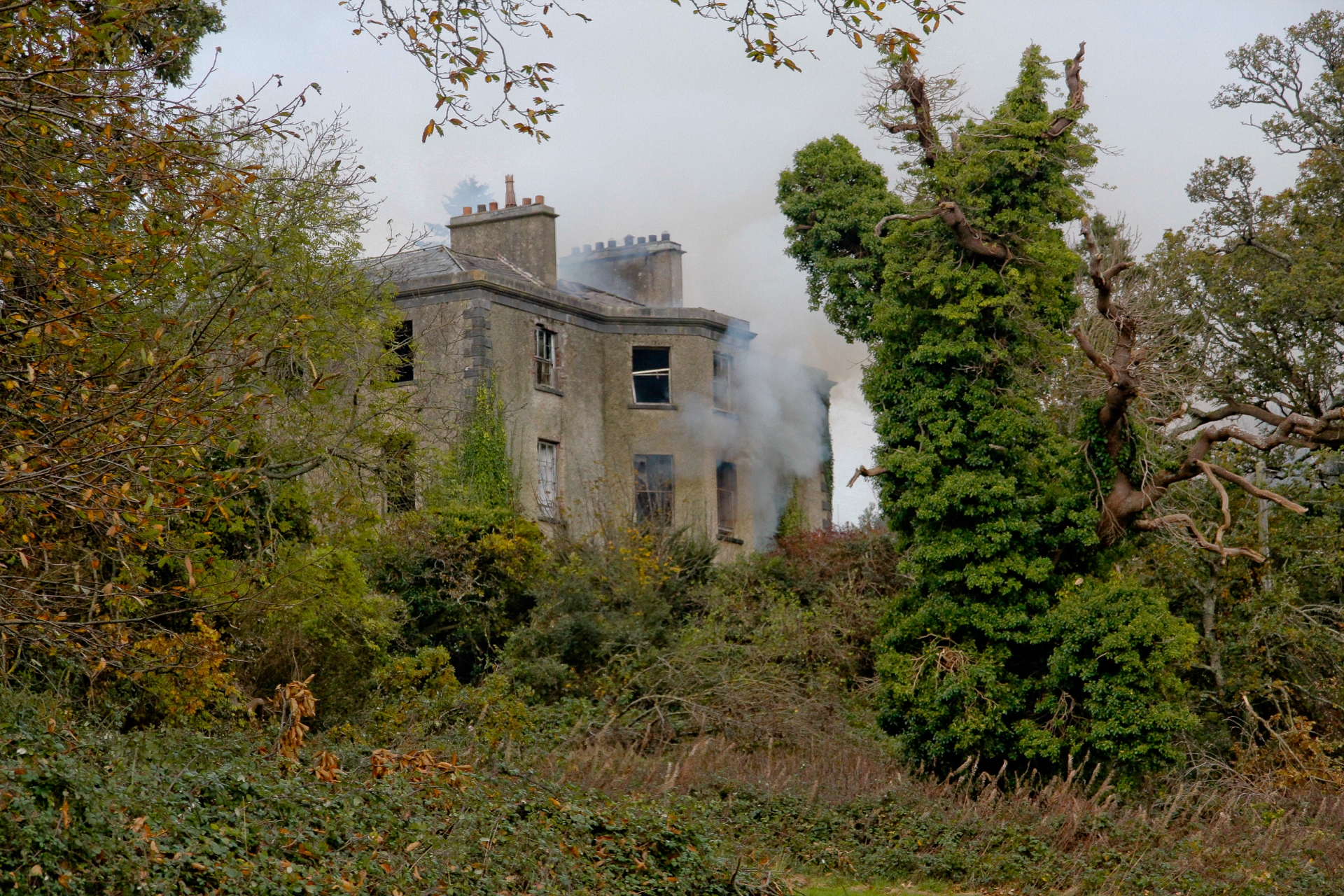 The derelict historic Oaklands Estate at Marlfield, Clonmel has been gutted by a fire which the members of Tipperary Fire and Rescue services have been battling for the last two days.
A fire broke out at the estate on Sunday and was attended by emergency services and another fire broke out early this morning. Members of Cahir and Clonmel Fire and Rescue Services arrived at the scene early today to battle the fire which has completely engulfed the interior of the house built in the 1700's.
An investigation into what caused the fire is still ongoing No one was injured in the fire.
Attending the fire today were two pumps and a Hydraulic platform from Clonmel station and a water taker from Cahir.
Oaklands, near St Patricks Well was built by a Quaker who had owned Suir Island mills, in the late 1700s.
Locals have expressed the view that the fire could have been started over the long weekend by vandals.