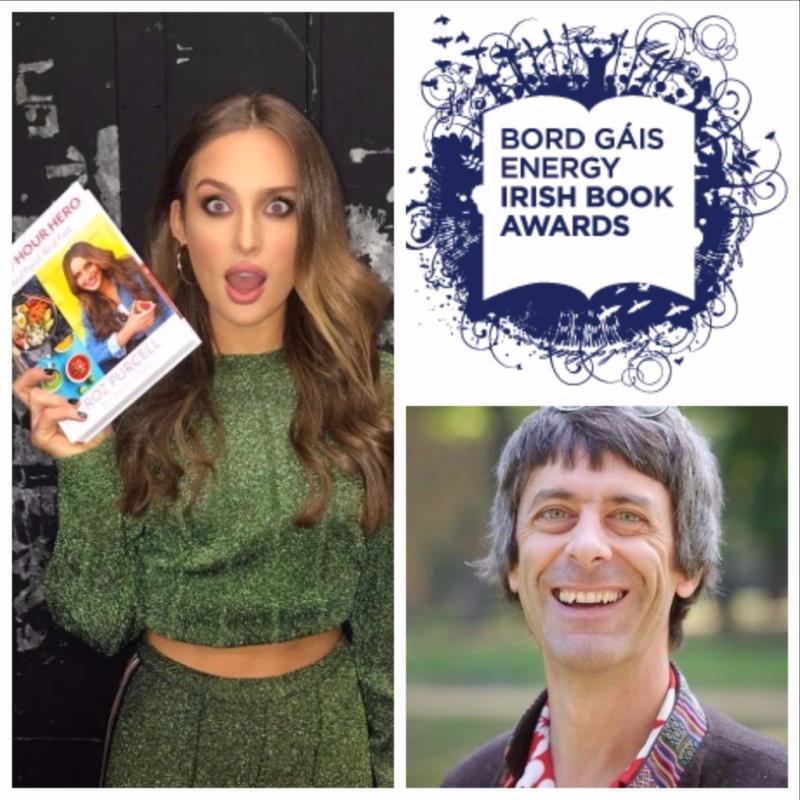 Two Tipperary authors have been shortlisted for the 2017 Bord Gáis Energy Irish Book Awards after nominations were announced earlier today.

Among the nominees is award winning Nenagh author Julian Gough, whose latest book 'Rabbit and the Bear: The Pest in the Nest' is nominated in the National Book Tokens Children’s Book of the Year (Junior) category.

Last year Gough narrowly missed out on the  2016 Junior Specsavers Children's Book of the Year for the first book in his Rabbit and the Bear series with illustrator Jim Field.

I wrote one of these books, & Jim Field illustrated it. It is a bloody good book & I am intensely proud of it. I'd love if you voted for it. https://t.co/qW4eI0lUyt

Elsewhere fitness star and food blogger Roz Purcell will go up against Rachel Allen and Neven McGuire in the Eurospar Cookbook of the Year category for her latest release ‘Half Hour Hero’ published by Penguin Ireland.

Speaking at the launch, the fitness fan said that producing her latest cookery book has sparked a passion for writing.

"For me even to get to publish a cookbook is like the icing on the cake. I started Natural Born Feeder just out of passion and when I got approached to publish a book I was kind of overwhelmed, particularly when you realise the kind of work that goes into a book. Not many people get to be in this position, and I'm very grateful."

"Writing my first cookbook and now my second one has really sparked my passion for writing in general. Creating something for everyone to read is nerve-racking, it’s exciting, it’s a whirlwind of emotions and I think that’s the best way to live life," she said.

Ahead of the awards later this month, fans can vote for their favourite shortlisted author across 15 categories including Novel of the Year, Crime Fiction, Children's Book and Cookbook at irishbookawards.irish. Voting closes on Thursday November 23 at midday and anyone who casts their vote will be entered into a draw to win a €100 National Book Tokens.

Winners will be announced at a gala ceremony on Tuesday 28 November.