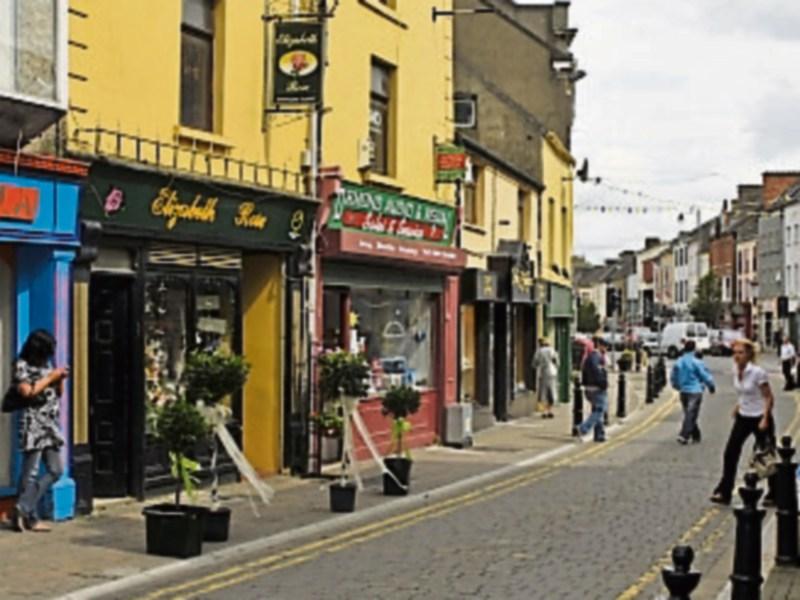 Give us back our streets was the message Nenagh traders gave Tipperary County Council at the latest public consultation meeting on a proposed traffic management plan for the town.

The plan would see huge changes to the town, with a one-way street system around the town centre as its focal point.

However, traders are not happy with the plan and have raised a number of concerns in relation to it.

“We will have to close if people can't come up Silver Street,” warned Theresa Ryan of Ryans Florists. “How will we pay our rates?”

Ms Ryan called for the street to be made two-way.

Former town councillor Tom Mulqueen also called for Silver Street to be two-way, saying: “Let's bring it back to the way it was 25 years ago.”

The same point was echoed by publican Noirin O'Sullivan of Kickham Street.

“I have concerns about a one-way street. It has been two-way for the past 25 years,” she said. “We need business and people in that street.”

They were backed by Cllr Hughie McGrath and Cllr Mattie Ryan.

“When we come into town, how do we get home?” asked Cllr Ryan. “Will we have to go all the way around the town?”

Cllr McGrath felt they should place a weight limit on traffic in Silver Street and make it two-way.

Traffic management consultant Dermot Donovan believed Silver Street was too narrow to be a two-way street.

He said it would not be possible to keep Kickham Street two-way in a one-way system.

The meeting was told that it would be possible to bring in a one-way system on trial and if it didn't work out it could be reversed.

Evelyn O'Flynn of O'Flynns Jewellers on Mitchel Street asked for more signage for parking, saying 60 per cent of their business came from outside Nenagh but there were no signs for the town's car parks.

She was assured by Mr Donovan that that will be taken on board in the plan. He agreed signage was a “major issue”.

The need for a one-way system was also questioned by pharmacist Ray Walshe, who urged that the traffic lights be switched off at Market Cross because they delay traffic movement.

He also raised the issue of bus stops, with Mr Donovan saying it didn't matter where the buses parked but there was a problem with cars parking at bus stops. Mr O'Donovan agreed the traffic lights did not work “very well”.

District manager Marcus O'Connor said they would get nowhere with the plan if the discussion hinged on bus parking.

However, Ms O'Sullivan claimed one business had closed on Kickham Street when the buses moved to the railway station while roadworks were being carried out.

The plan had looked at pedestrianising Friar Street, Abbey Street and O'Rahilly Street, but that has been shleved in favour of Abbey Street only.

This was welcomed by local solicitor and former town councillor Conor Delaney.

A major issue according to Michael Cleary of JKCs is getting a relief road from Summerhill to Dublin Road as proposed in the plan.

“The traffic problem is not that bad in Nenagh. It's a good business town and people love coming to Nenagh. Don't try fix something that is not broken” he said.

He was backed by Cllr McGrath who said if the town could get rid of HGVs it could “relax”. However any ring road would have to be developer-led.

Mr O'Connor said it was difficult to find a gap to put a ring road from Summerhill to Dublin Road but they will look at it. “It won't be easy,” he said.

The manager said the problem with HGVs was that too many were coming into town where they had “no business”.

It was agreed on a show of hands that a ring road was a priority.