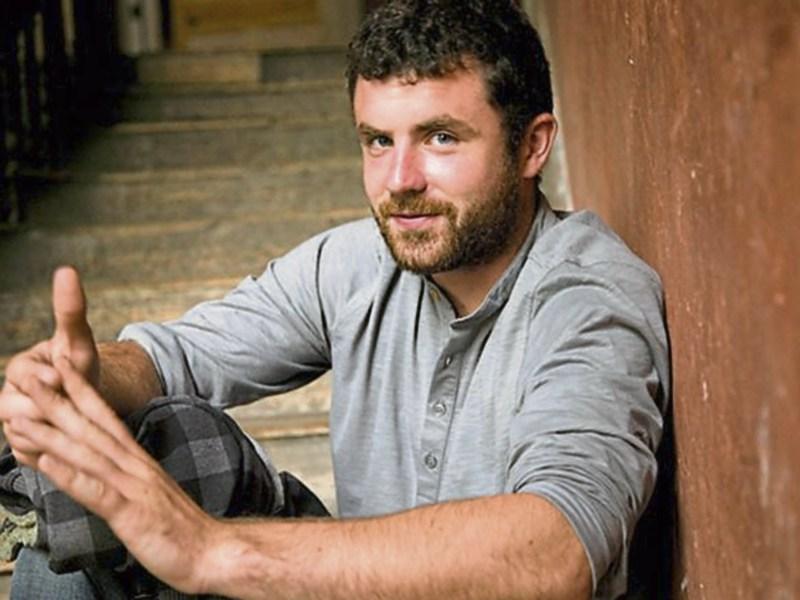 “I’m not a master of zen, just a little less anxious,” explains singer songwriter Mick Flannery in typical soundbite fashion ahead of his Cashel show later this month.

Having made his name telling stories from his own personal experiences or overheard conversations, Flannery, who is only days away from his 34th birthday, says he’s taking a different approach with his songwriting style these days.

“I think consciousness in general has become very important, being present and all that,” he explains of his current fondness for the stress reducing technique mindfulness.

“And then the older you get you realise it doesn’t matter anyway, no one is going to give a s*** so there’s no point in worrying about it,” he quips.

The former stonemason (“I still do a fireplace now and again. Bits and pieces”) turned award winning songwriter has released five albums since bursting onto the scene as one of the country’s most interesting music acts back in 2007.

His last album, 2016’s socially aware ‘I Own You’ was a critical success, as were his two predecessors ‘By the Rule’ (2014) and ‘Red to Blue’ (2012) which both earned him the accolade of reaching the number one spot.

However for anyone trying to interview Flannery it quickly becomes apparent that he would still be writing songs even if he wasn’t getting paid to do so.

“I don’t have any specific goals, is that bad to say?,” he wonders out loud, eventually settling on the idea that if he’s still knocking out albums like Red to Blue at 80 years of age he’ll be pretty happy with that.

“I don’t have to sell out Madison Square Garden before I’m 40 or it’s all been for s***. It’s not like that for me. I’m appreciative of everything that comes,” he says, and genuinely means it.

As if to reiterate his point, he follows his last sentence with: “I don’t feel like it’s a hard job. I’m singing songs, not going down a mine.”

Fresh from a summer stint in Germany (“I like playing in Germany. The German’s are very polite, they stay quiet”) and a string of sell out dates in the UK and Europe, Flannery says he’s almost got a full catalogue of songs ready to head back into the studio and start recording his next album, but says that the changing face of the music industry is having an effect on the traditional album-tour-promote-new album merry-go-round.

“Things move so quickly and expire these days. There’s just so much content out there and an album or single can appear and disappear so fast. The nature by way people consume music is so different now because you go song by song, rather than a full album on Spotify or whatever.”

But for someone who makes his living from albums and touring he’s not one to feel bitter by the fickle nature of music consumers, acknowledging that while it’s nice to get “fully absorbed in an album” it all really depends on your own personal taste.

“You can’t knock progress,” he says.

Modest and self-deprecating, Flannery’s ambition shouldn’t be underestimated. While he laughs and jokes about being “too miserable” an act for mainstream summer festivals, his songwriting skills have aligned him as one of the best in the business and he agrees that collectively “Ireland punches above its weight” in the music industry.

“There’s a lot of great acts at the moment. The likes of Lisa O’Neill and David Keenan. I’m not too in touch with the scene because my friends aren’t in the business but Ireland definitely has some great musicians and songwriters.”

Previously Flannery says he struggled in interviews, the constant requisite to promote himself front and centre left him feeling uneasy. However the once famously shy singer admits that he’s become a lot less worried over how he is perceived, something which he believes at one time might have held him back.

“Oh yeah if I was out somewhere and someone copped I’m your man from the radio I’d be worrying what are they thinking about me but now I don’t care. I’ll sing along to Kylie with the best of them, it doesn’t bother me anymore.”