Tipperary TD to take school Deis campaign into the Dail

'Baffling' that five Tipp schools left out of scheme 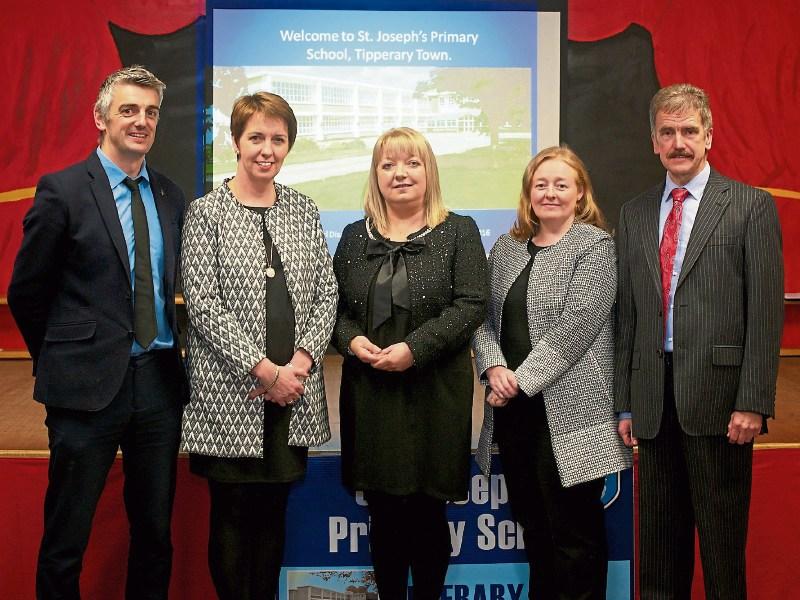 At a recent meeting campaigning for Deis status for Tipperary schools

Tipperary TD, Jackie Cahill has said that it is baffling that five in County Tipperary, have been excluded from the Department of Education’s DEIS programme for disadvantaged schools.

Deputy Cahill was speaking as it became clear that 257 schools across the country, including five in Tipperary Town alone, were excluded from the scheme.

Being included in the DEIS programme would have provided additional resources to support children coming from a disadvantaged back ground. It has been shown to reduce dropout, increase attendance and improve results.

“The Minister for Education has never been able to explain the selection methodology properly. Numerous schools have raised serious concerns about the selection process but the Minister seemed unfazed. However, the Department subsequently admitted that serious errors were made.

"St. Michael’s Junior Boys and Girls Schools, Monastery BNS, Gaelscoil Tiobraid Arann, and St. Joseph’s Primary School are all deserving of DEIS designation under the existing criteria in my opinion.

“Why they weren’t included by Minister Bruton is a mystery to me. The Deprivation Index, used by the Department of Education, identified 257 schools that meet criteria for inclusion in the DEIS programme.

“I cannot for the life of me understand how the Minister and his officials refused to include these schools.

“There needs to be an independent review mechanism for DEIS appeals to ensure that schools and their management can have confidence in the system.

“I will be raising this issue in the Dáil this week to get answers for the schools. It’s simply unfair and counter-productive. This is a bad decision by the Fine Gael government, and it must be changed,” concluded Cahill.