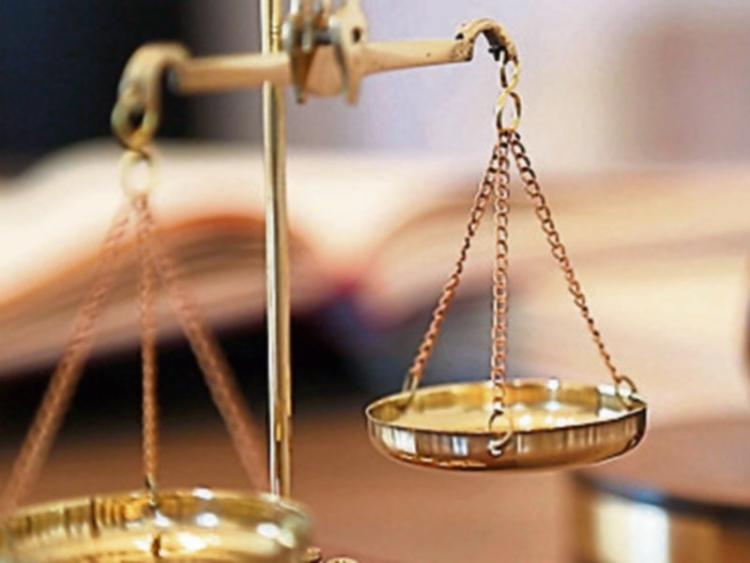 A garda feared for his life when a a 26 year-old man viciously assaulted him and later at Clonmel Garda Station made the shape of a gun with his hand and told the officer the last thing he would hear was "click, click, bang, bang", Clonmel Circuit Court heard last week.

Ross Outram of Ferryland, Waterford Road, Clonmel received a two and a half years jail term at the Circuit Court last Thursday for assaulting and harming Gda. Michael O'Dwyer on December 29 last year.

The defendant pleaded guilty to the offence which he committed outside his home.

The court heard that Gda. O'Dwyer is still on sick leave as a result of the attack. He moved out of home for some days after the assault because of the threat Outram made to him.

In his Victim Impact Statement, he recounted that Outram went "mental" kicking, punching and screaming at him and said he "looked possessed" and "out of control".

Gda. Sgt. John O'Donoghue gave evidence that Gda. O'Dwyer  pulled into the Topaz Service Station on the Waterford Road, Clonmel while on duty on December 29. He saw Ross Outram driving a red Peugoet car and as he drove into the station Outram immediately drove out.

Gda. O'Dwyer followed Outram up to the Moangarrif Roundabout and stopped at Outram's home at Ferryland. When Gda. O'Dwyer approached Outram, the defendant reacted aggressively, punching and kicking the garda and also tried to stick a key into his eye.

Sgt. O'Donoghue said Gda. O'Dwyer managed to radio Clonmel Garda Station for assistance and he along with a number of other gardai went to the scene.

Outram was brought back to Clonmel Garda Station and as he was being processed there, he threatened Gda. O'Dwyer. He made a hand gesture in the shape of a gun and said the words click, click, bang, bang.

Sgt. O'Donoghue said Outram was arrested for the offence of assault causing harm on January 3 and detained and questioned at Clonmel Garda Station. He made no comment to questions put to him and made no admissions. He also gave no account of his version of events.

Gda. O'Dwyer's Victim Impact Statement, which was read to the court, described how Outram became "extremely violent" and he received kicks and punches to his upper torso, hips and legs.  He was bruised and very sore for a number of weeks after the incident.

He recounted how Outram took a key from his pocket and threatened to stab him with it. He rang for back up and Outram said he was going to kill him. He received a number of cuts to his hands trying to protect himself from Outram's attempts to stab him in the eye and head with the key.

"I was in serious fear for my own life. I thought he was going to kill me. He was going mental, kicking, punching and screaming, saying I was a dead man," Gda. O'Dwyer continued.

Outram looked like he was possessed and out of control. There was a look of hatred in his eyes, he said.

The garda added that Outram told him he knew who Gda. O'Dwyer was, that he had made it his business to find out and called him by his full name, which shocked him.

"He said the last thing I would ever hear was 'click, click, bang, bang.' I was trembling on the inside but trying not to show emotion."

Gda. O'Dwyer said he moved out of his home for a number of days because of the threat Outram made to him. On January 4, he was served with a Garda Information Message in relation to the threat and knew then it was being taken seriously

He recounted how he returned to work in mid-February but later went back on sick leave after being  informed of a very serious incident. He hadn't been back to work since.

The Victim Impact Statement outlined that Gda. O'Dwyer was diagnosed with severe Post Traumatic Stress Disorder. He said he wasn't sure if he could ever return to An Garda Siochana without the fear of being killed.

The court head that Outram had 22 previous convictions for offences ranging from public order breaches, thefts and criminal damage to driving offences.

Defence barrister Edward O'Mahony BL acknowledged this was a very serious offence and while the physical injuries Gda. O'Dwyer suffered were arguably minor in nature and confined to cuts and bruises, the pyschological trauma was severe.

Mr O'Mahony pointed out that his client had written a letter stating Gda. O'Dwyer had nothing to fear from him now and into the future.

He also pointed out that all his client's previous conviction were imposed in the district court and were mainly road traffic offences with four theft offences committed after he committed this crime.

In view of his client's guilty plea and relative youth, the barrister requested Judge Teehan to be lenient in the sentence he imposed.

Judge Teehan said he regarded this as a very serious attack on Gda. O'Dwyer and the forces of law and order in general.

"Gda. O'Dwyer was going about his lawful duty when set upon in an unprovoked way by Outram. Mr O'Mahony has described the physical effects as minor. I don't entirely go along with that but they certainly pale into significance beside the psychological trauma to him and the effect this has had on his wife and family."

Judge described the threat Outram uttered to Gda. O'Dwyer in the garda station as "particularly sinister".

He said he and his circuit court colleagues hands were tied by legislation when sentencing people convicted of assault causing harm.

The maximum sentence was five year whereas damage to property can attract a sentence of 10 years.

"It seems the legislation in this regard takes a lesser view of damage to a person's bodily integrity than damage to property but that is the law and the law must be applied as I find it."

The Judge regarded the offence as being at the higher end of the range of such assaults. He took into account Outram's guilty plea, which meant Gda. O'Dwyer didn't have to give evidence before a jury reliving the ordeal he suffered. But he didn't agree his youth should be taken into consideration.

He took into consideration the undertaking Outram gave that Gda. O'Dwyer had nothing to fear from him but warned the defendant he should be in no doubt that if he breached the undertaking, he would be in very serious trouble.

After he imposed the two and a half year jail term, Mr O'Mahony requested the prison sentence be backdated to March 21 when Outram went into custody. Judge Teehan refused the request and directed that the sentence commence from last Thursday.