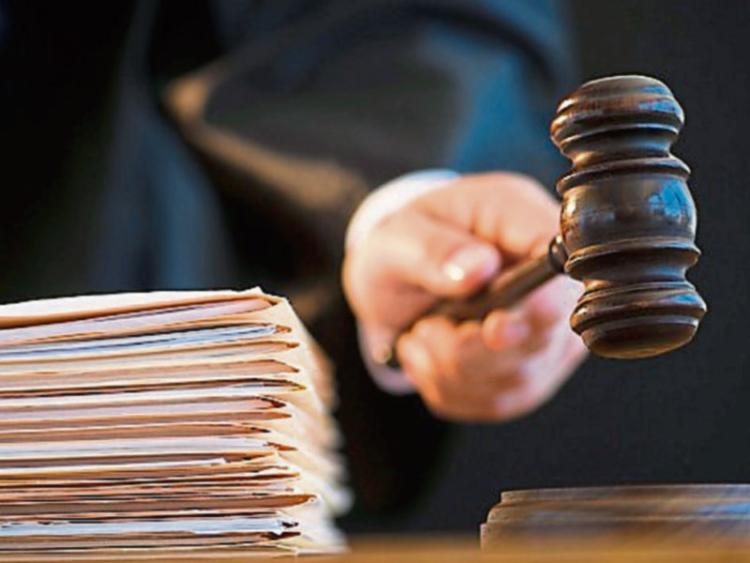 A 33 year-old man burgled a Clonmel shop and robbed a second convenience store in the town because he wanted to be sent back to prison where he could get treatment for his drug addiction, Clonmel Circuit Court heard.

Darren O'Leary of The Bungalow, Barrack St., Ardfinnan received a six year prison sentence with the last four years suspended at the Court last Thursday for burglary of Centra at Old Bridge, Clonmel on April 30 and robbery of Bergin's Fine Food Fair at Parnell Street, Clonmel on the same morning.

He pleaded guilty to committing both offences and his barrister told the court he said sorry as he fled the Food Fair after robbing the store.

Gda. John Downey told the court O'Leary went into the Centra shop at about 8am on this date and attempted to open the cash register but failed to do so and left empty handed.

He went to the Food Fair approximately 15 to 20 minutes later brandishing a knife and demanded cash from the tills. A sum of €640 was handed over to him by a staff member and he left the shop.  Six hundred euros of the cash was recovered.

He read a Victim Impact Statement from Jack Lonergan, the shop assistant O'Leary demanded money from at the Food Fair.

Mr Lonergan said the robbery was a traumatic experience that left him feeling vulnerable and afraid and he still felt that way. He said he forced himself to continue working after the robbery but admitted he was very nervous.

"I panic a lot and am nervous of situations I was never nervous of before. I keep thinking this is going to happen again."

Mr Lonergan said he started sweating and feeling hot and panicked when he saw anyone suspicious.  "I feel I am constantly looking over my shoulder. I hope the judge gives him the appropriate sentence. I am more or less a nervous wreck after this," Mr Lonergan added.

Defence barrister Dan Walsh BL said his client was sick and at a low ebb when he committed these crimes. He was due to start a residential addiction treatment course at Aiseiri six weeks before this but the course was delayed.

His client became frustrated with the delay and overdosed on heroin and tablets a number of times in the weeks leading up to the incident. He became so concerned he moved away from his home and children and was living in a squat when he committed these offences.

Mr Walsh referred to the statements of the two shop assistants at the Centra store who asked O'Leary why he was robbing the shop. He told them he wanted to go to prison.

Mr Walsh continued that after leaving Centra, O'Leary felt he was unlikely to be detained by the gardai because his efforts had been unsuccessful so he went to the Food Fair. He denied having a knife on him. It was a piece of metal he picked up on the way to the shop. He admitted he had this piece of metal in his hand when he committed the robbery.

The barrister pointed out that when O'Leary entered the Food Fair, he allowed a woman to skip the queue to go in front of him so she could leave before he came to Mr Lonergan. O'Leary said also sorry as he left the Food Fair. He then went up to the bus station and was sitting at the bus stop when gardai approached him within an hour.

Mr Walsh also submitted that when being interviewed by gardai, O'Leary said he didn't mean to scare anyone and was ashamed of what he did.  His client understood all the money he took was recovered at the time. O'Leary didn't seek bail when he was placed in custody and had been in custody since April 30.

He outlined that O'Leary was attending addiction counselling in prison and receiving methadone. Urine samples he provided were clear of drugs. He requested Judge Teehan to include addiction treatment in any sentence he imposed.

Judge Tom Teehan said this was a very sad and unusual case but not unique. He previously had people before him who were addicted to heroin and committed crimes in the full knowledge they would be arrested in the hope that in prison something better might happen in their life.

The Judge described the two offences committed by O'Leary as "undoubtedly amateurish", particularly the burglary rather than the robbery. He regarded O'Leary's large number of previous convictions as an aggravating factor in this case and noted that he was before the circuit court previously for robbery.

The most aggravating factor, however, was the impact of the robbery on Jack Lonergan, whose Victim Impact Statement made for very sad reading.  The Statement was written by Mr Lonergan on December 7, which showed that he continued to suffer very significantly as a result of this experience.

Judge Teehan said he was taking into account in sentencing the fact O'Leary has been assessed as being at a high risk of re-offending due to his criminal record and his addiction.

In O'Leary's favour was his early plea of guilty, full admissions to the gardai and co-operation with the gardai. He took into account of the fact O'Leary allowed a customer to do her business and leave the Food Fair before robbing the store and the apology he uttered as he left.

He also noted the defendant's efforts to overcome his drug addiction and was impressed by the letter from his partner.

He believed he had the benefit of huge family support to overcome his addiction.

However, the Judge concluded he had to have regard to deterrence in sentencing O'Leary to stop him and others carrying out crimes of this nature.

He suspended the last four years of the jail term on condition O'Leary refrain from consuming alcohol, illicit drugs and drugs not specifically prescribed for him. He also directed that O'Leary engaged with the Probation Service for two years after his release from prison and not approach Jack Lonergan on his release except at his friendly invitation.

Judge Teehan backdated the commencement of the jail sentence to April 30.