Tipperary All-Ireland winner Mick Murphy, 100, to be buried this Friday 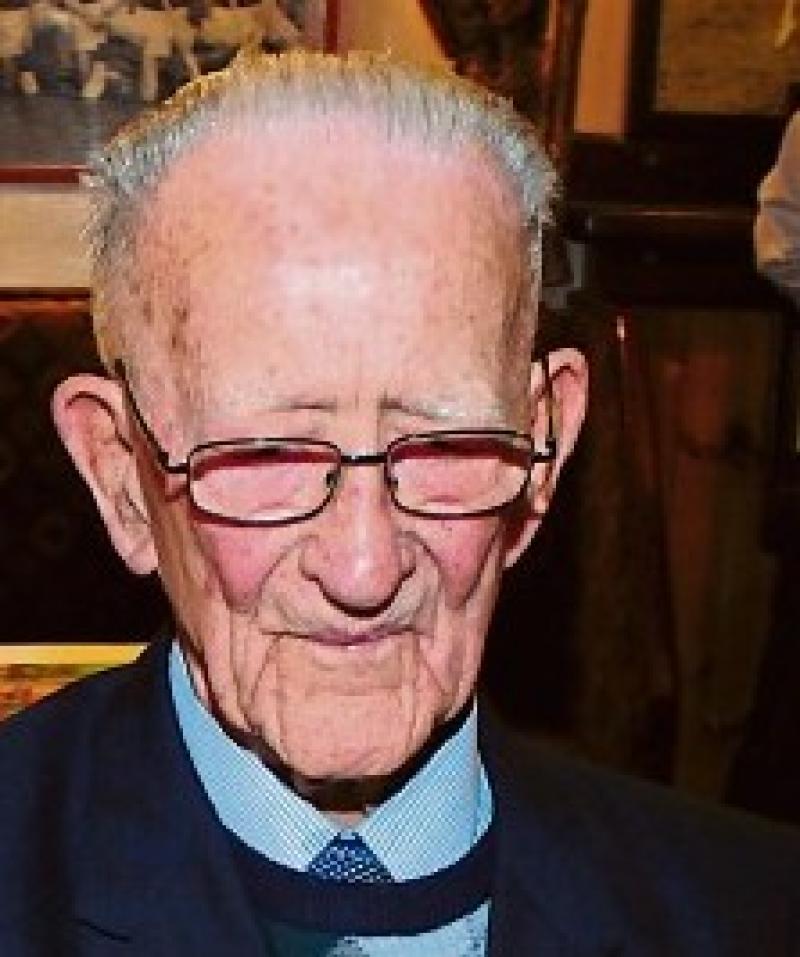 Former Tipperary All-Ireland winner Michael (Mick) Murphy is to be buried in Dublin this Friday, January 5.

Mick, who died on New Year's Day in his 100th year, won an All-Ireland with the Premier County in 1945 and was an inductee into the Thurles Sarfields Hall of Fame.

His removal on Friday evening is due to arrive at the Church of Our Mother of Divine Grace, Ballygall Road East, at 5pm, with funeral Mass on Saturday morning, January 6, at 10am, followed by burial in Dardistown Cemetery.

House private for family only please.

His family has offered a special word of thanks to the staff of the Mater Hospital, Beaumont Hospital, Ambulance Emergency Services, St. Mary's Hospital Day Unit Phoenix Park and Beechtree Nursing Home, Oldtown, for their excellent care of Michael.

Formerly of Kilmaley, County Clare. Mr Murphy died peacefully in the loving care of his family and the staff of Connolly Hospital, Blanchardstown.

He was the beloved husband of the late Norah and loving father of John, Michael, Seamus, Mary and Gerard (Gerry).