People must be punished for animal cruelty cases in Clonmel, say angry councillors 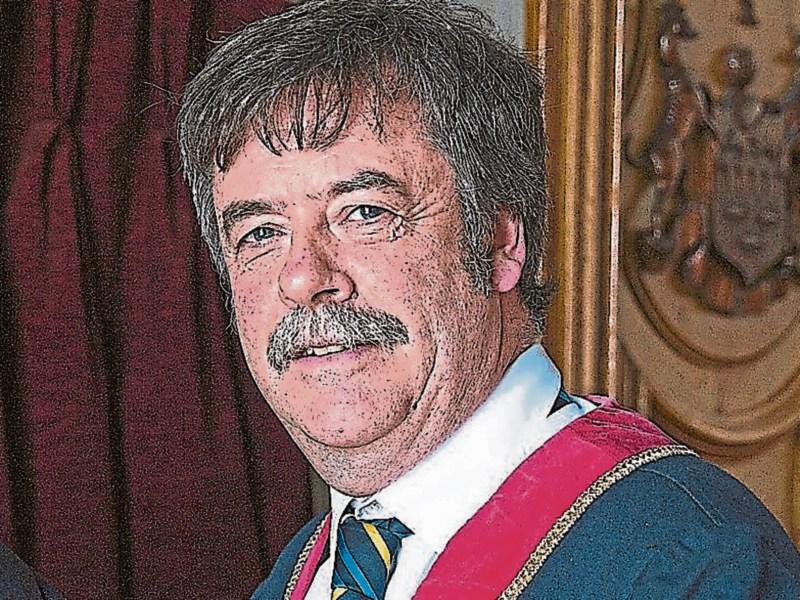 Cllr. Pat English has called for an inter-agency approach to deal with cases of animal cruelty.

Tough measures to deal with animal cruelty cases have been called for, following a spate of horse deaths in Clonmel in recent weeks.

"The County Council has to come down hard on this and ensure that these animals are looked after in the short-term; and in the long-term (ensure) that these people are seen to be brought to justice", Cllr. Pat English told a meeting of Clonmel Borough District.

Three horses starved to death after they were abandoned on land at Knocklofty, with several others left with little or nothing to eat, in the week before Christmas; while the body of a horse was discovered by women out walking their dogs at Suir Island on Wednesday of last week, December 27th. 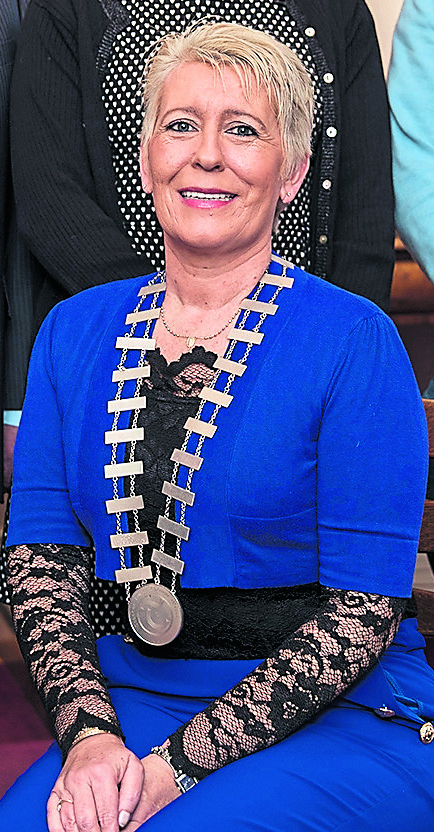 In a separate incident, District Mayor Catherine Carey (pictured above) said that another pony found "starving to death" near the Questum building on the Cahir Road, Clonmel on Christmas Eve was euthanised on St. Stephen's Day.

Meanwhile, a public meeting to discuss the problem has been organised by Action for Animal Welfare Ireland. This will be held at 7pm in Hearns Hotel next Monday, January 8th.

Cllr. English stated at the council meeting that the only answer to this whole issue was an inter-agency response. There should be a local or national policy, with large fines or prison terms attached, and hopefully that would put a stop to it.

He also said he got "very little hop" when he contacted the Department of Agriculture in Tipperary about the cruelty case in Knocklofty.

Cllr. Catherine Carey said the incident at Knocklofty was the most dreadful case of cruelty she had seen.

As many as 14 live horses that were in the same area were removed and brought to the Cork Horse Pound.

She said they had to get tough on this cruelty, describing it as "barbaric", and said they couldn't bury their heads in the sand.

"It's so sad. When you see the bodies of these horses it would move you to tears", she later told The Nationalist.

On a happier note Cllr. Carey said that, in conjunction with the Action for Animal Welfare group, she had found homes for the 14 horses that were brought to the Cork Horse Pound from Knocklofty.

Cllr. Andy Moloney suggested that the council write to the Department of Agriculture requesting that a survey would be carried out on these horses that were left roaming. People were asking why the council wasn't doing anything about it. 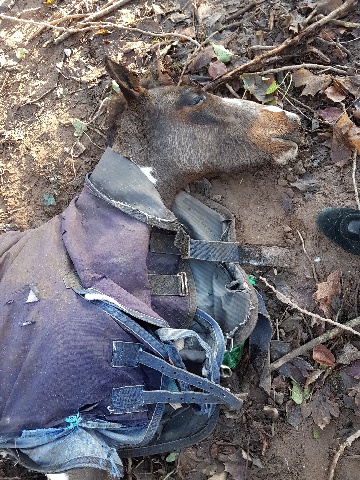 Above - This dead horse was found at Suir Island, Clonmel on Wednesday of last week.

Cllr. Siobhan Ambrose said the Department of Agriculture weren't pulling their weight on this, people couldn't contact them and in her view they were "getting away with murder".

She described it as very unfair that the Department wasn't taking its responsibilities seriously. The horses in Knocklofty were on private land and people had to be careful entering private land.

Cllr. Ambrose also accepted that people were distressed about this but she cautioned that they should be careful about what they said on social media.

Cllr. Michael Murphy said there were a number of horses in Rathronan that were waiting for fodder.

Cllr. Micheal Anglim said that anyone who had anything to do with the mistreatment of animals "shouldn't be let within an ass's roar of them" in future.

Cllr. Richie Molloy agreed that they should contact the Department of Agriculture.

This was going on for a number of months now and it should be made clear, possibly on the council's website, as to who was responsible.

Cllr. Martin Lonergan said it should be up to the Department of Agriculture to police these cases. Legislation had to be introduced at national level to ensure that people had passports for horses and that they were micro-chipped.

APPEAL MADE FOR HAY FOR HORSES

In recent weeks the Tipperary Society for the Prevention of Cruelty to Animals (TSPCA) has appealed for supplies of hay that are urgently needed for what they say are the increasing number of horses roaming across the county.
Anyone wishing to make a donation to the TSPCA can contact chairman Conor Hickey at 086-6031366 or e-mail tspca@tspca.net