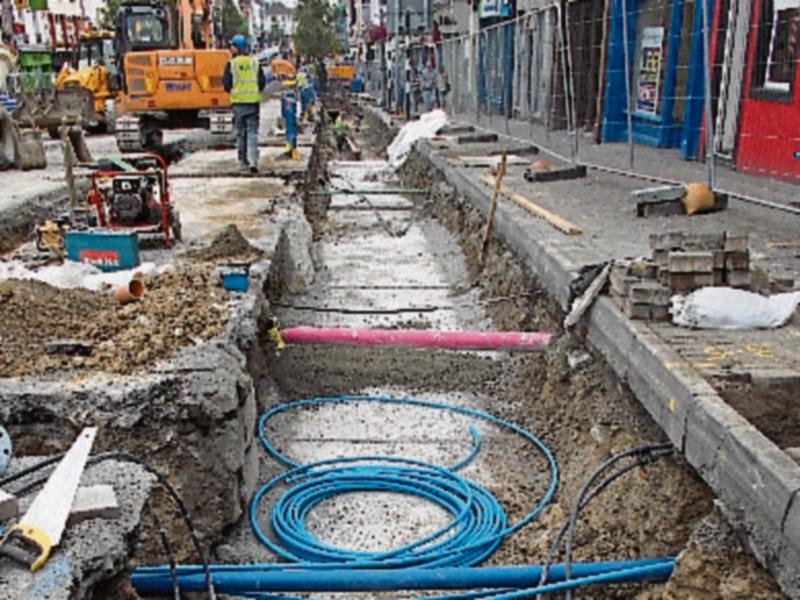 Work is due to start later this month on reinstating roads around Nenagh dug up while the town was getting natural gas and a new waste water and water pipe system.

The €17m project started in May 2015 with practically every street in the town centre and surrounding areas seeing some form of pipe laying.

Now, local councillors have been told that work on returning the streets to normal is due to start in January.

The first streets to be reinstated are at Dublin Road and Tyone, which have been described by Nenagh district manager Marcus O'Connor as the two “worst sections”.

Work is being carried out at Lisbunny and when completed the contractors will connect back into Dublin Road.

However, Cllr Ger darcy has called on the council and Ervia, the project drivers, to prioritise Summerhill.

“Summerhill and Ormond Street are very bad,” he sadi. “We need to get them into the reinstatement prgramme.”

Nenagh Municipal District Council Cathaoirleach Cllr John Carroll has called for a time frame for the work, but while Mr O'Connor said it would start in January, he qualified that by saying the start date would be governed by the weather.

Meanwhile, Cllr Michael O'Meara has called on the district council to explore the idea of getting a loan to repair all roads in the electoral area.

“it infuriates people to say we are patching roads. It is a waste of money,” he told Nenagh MDC. “We go through this month after month.”

He asked why the council could not go to the Department of the Environment and get a “substantial grant” that could be paid back over 30 years.

“They say €3bn is required for the entire country. That is not a huge amount,” said the Independent councillor.

He was supported by Cllr Hughie McGrath , but he said such a proposal needed to come from Tipperary County Council as it would be the council that would have to borrow the cash.

However, he pointed out that reports indicated there would be a 3 per cent reduction in roads funding for the coming year.

He said that, by and large, the Department had always refused such a request but he urged that the councillors forward a motion to the full council onthe idea.

“These roads are never going to get done at the current levels of funding,” he admitted.

But the manager said that there were positives in the way funding would be released in 2018.

While the maintence budget would be cut by TII by up to €50,000, he anticipated road pavement money double to €400,000 and that wouild allow the council to carry out more work on non-national roads.

However, funding will not be known until the end of January.