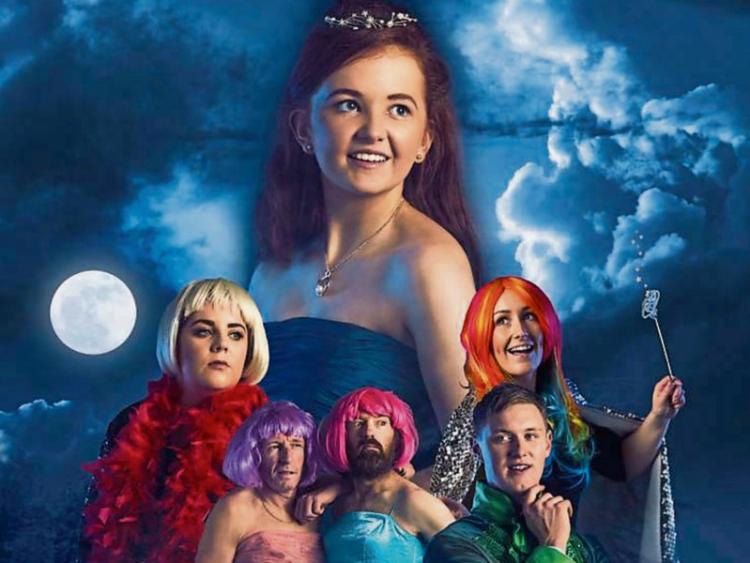 Cashel's Halla Féile is a hive of activity today just hours before the Opening Night of this year's production of ‘Cinderella’.

Rehearsals are well underway and the cast is gearing up for Cashel Pantomime Society's production of the classic fairytale, kicking off tonight (January 10th) at .

With a mixture of familiar and new faces, this promises to be an exciting show for all age groups, featuring a great band playing excellent musical scores.

Will Cinderella finally marry the Prince and escape the clutches of her evil stepsisters and stepmother? Come along and enjoy what will surely be a great opening night of fun, comedy, romance excitement.

starts this Wednesday (January 10th) at with a concession price of €10 for adults & €8 for children.

Cinderella promises to be a great night of singing, dancing & laughing, so come along and join us in Halla Na Feile.

Tickets available from Rossa Pottery, Main Street Cashel 062-65899 or on the door on the night.

This year’s leading lady is Nicole Kennedy, playing while introducing Shane O’Donovan who will be our Prince Charming. Shane is no stranger to the stage having starred in Tipperary Musical Society Productions. We are delighted to have him on board with us this year!

Niamh Browne is this year’s ‘Baroness Stoney Broke’, Cinderella’s Wicked Stepmother who will do everything in her power to stop Cinderella from meeting her Prince Charming.

Our King and Queen are Martin Lynch and Joan Kennedy.

This is Martin’s stage debut and he has taken to acting like a duck to water, and Joan is no stranger to the stage and we are delighted to have her with us this year.

“The Ugly Sisters” will be played by Ken Whelan and Liam Ó Mhaoldhomhnaigh, as Salmonella & Influenza!

Esmeralda - The Fairy Godmother - who is destined to get Cinderella to the Ball to meet her Prince Charming is played by the charismatic Lorraine Cormack, and meet Daniel Bowes’ “Dandini” the fun-loving Sidekick to Prince Charming.

He is on a mission to find a woman for the Prince, but he may find one or two women for himself along the way!