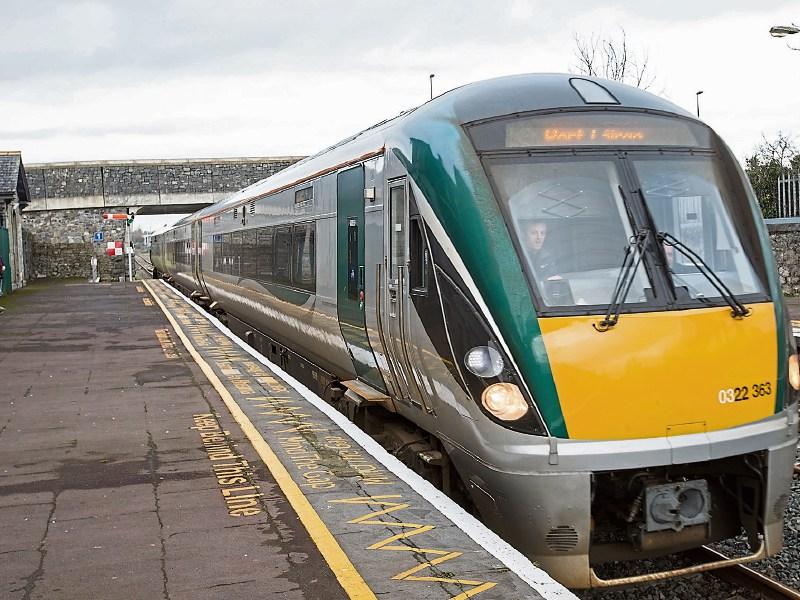 Above - The train bound for Carrick-on-Suir and Waterford pulls into the railway station in Clonmel. An Irish Rail official has stated that he doesn't believe that the density of the population in South Tipperary justifies an upgrade of the Waterford-Limerick Junction line, which has been threatened with closure.

The Business Development Manager of Irish Rail doesn't believe that the density of population in South Tipperary justifies an upgrade of the Waterford to Limerick Junction railway line, which serves Clonmel, Carrick-on-Suir, Cahir and Tipperary town and which has been threatened with closure.

Jim Gallivan, who has also stated that Irish Rail was "close to insolvency", says that significant investment is required to upgrade the line in terms of employing extra drivers, putting more carriages on trains and maintaining the track.

However he has also stated that it would be possible to run an earlier service in the mornings to either Dublin or Waterford, but not both.

Mr. Gallivan was speaking after the monthly meeting of Clonmel Borough District, at which council members and officials put a strong case for increased services on the line, and at times that better suited passengers.

Irish Rail officials were told by Cllr. Siobhan Ambrose that Clonmel has "a Third World train service" that needs to be improved.

The Waterford-Limerick Junction line was one of four recommended for closure in the most recent review of the rail network, and another review is due in the summer. 127,000 journeys were made on the line during 2017.

Mr. Gallivan said that the cost of buying a new train, with two carriages, was approximately €2 million.

Irish Rail didn't have carriages to spare and was struggling to accommodate passengers travelling on the commuter trains into Dublin. There was a huge demand for services in the greater Dublin area, where there was a projected population growth of between 200,000-300,000 in the next 10-15 years.

"We're trying to spread out what we have as best we can", he stated.

Mr. Gallivan pointed out that Irish Rail's job was to run the service - "as many trains as we can and as often as we can"- but decisions on the level of service and investment were made by the National Transport Authority.

He said that the closure or retention of rail lines was a decision that would be made by the National Transport Authority.

He also said that Thurles, although a smaller town than Clonmel, was in the very fortunate position of being on the main Dublin-Cork line.

The Council's District Manager Sinead Carr requested Mr. Gallivan and the other Irish Rail officials who attended the meeting - District Manager Emmet Cotter and Waterford station manager John Furlong - to bring back the very strong message that there had been no significant efforts by Irish Rail to put on trains at times that were suited to people travelling from Clonmel to and from Dublin and Waterford.

Unless that happened an unfair perspective was being taken on the line and the service.

She said that Irish Rail should re-align the times of the trains and undertake an aggressive marketing campaign for that revised schedule. The council would be happy to support them in that campaign.