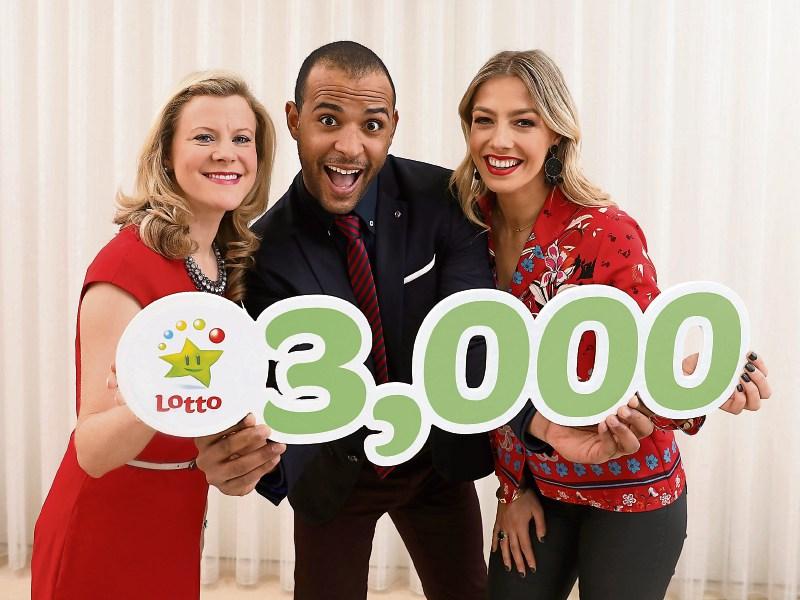 Since the very first Lotto draw on Saturday, 16th April 1988, there have been an astonishing 1,738 Lotto jackpot wins, with 745 jackpot prizes exceeding €1 million.

Tipperary lotto winners have scooped more than €85 million – among them a syndicate of people working at The Nationalist – Twice! 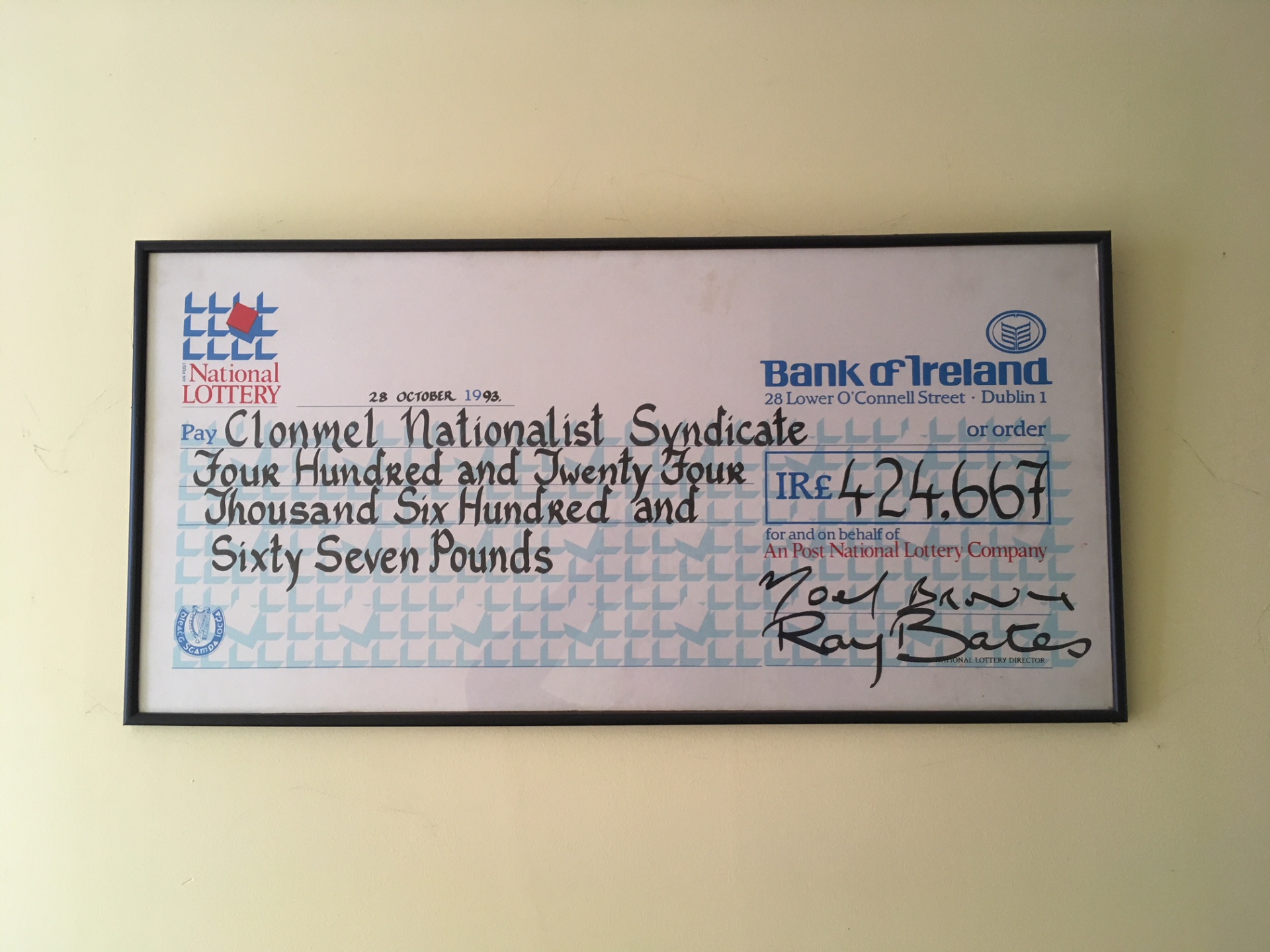 Above: The Nationalist's first winning cheque! It was in October 1993 and it was in Irish punts. The money's long spent now!

The syndicate would go on to win again in 2001 - will you share that luck this weekend in the Lotto's 3000th draw?

Sales on Lotto games over the last three decades have raised a massive €2.9 billion for Good Causes all over Ireland.

With this Saturday’s 3,000 Lotto draw carrying a mega jackpot of of €4.5 million, the National Lottery today revealed a County by County breakdown of Lotto wins over 30 years, showing that Dublin claims the highest number of jackpots at 572, totaling over €872 million. The second luckiest Lotto County is Cork with 172 jackpot wins totaling €245 million while the third luckiest County is Galway with 92 lotto jackpots totaling €116 million. (See full list below).

Ireland’s first Lotto jackpot winner was lucky Donegal woman, Brigid McGrath from Letterkenny who scooped the £147,059 (punts) in the highly anticipated first Lotto draw which was broadcast live to an expectant Irish nation. Ireland’s first ever Lotto millionaire was Rita Power from Ballinasloe in Co. Galway who won £1,200,937 (punts) on 6th May 1989.

On 28th June in 2008, the Dan Morrissey Syndicate from Co. Carlow became overnight celebrities as they smashed the Lotto jackpot record by winning the massive €18.9 million jackpot prize – a record which still stands today.

National Lottery Chief Executive, Dermot Griffin, today revealed that more than over €4.4 billion in prizes has been paid out to Lotto players in Ireland since the game was launched in 1988.

“Lotto has been one of Ireland’s favourite pastimes for almost 30 years and it captures the imagination of the public as much today as it did when it was first launched in 1988. As we approach our 3,000th draw, we have seen an incredible 1,738 jackpot winners with prizes exceeding a phenomenal €4.4 billion.”

“As Chief Executive of the National Lottery, I absolutely love welcoming our Lotto winners into our Winners’ Room, and witnessing first-hand the whole spectrum of emotions which winners go through with their life-changing Lotto jackpot wins. It is truly remarkable.”

Mr Griffin added: “It’s not all about the winners. Lotto sales also benefit Good Causes all over Ireland. With every euro spent on National Lottery games, nearly 30 cent goes directly to Good Causes. The total amount from sales of Lotto tickets alone which has gone back to Good Causes throughout the country is a staggering €2.9 billion which has benefitted projects and organisations in the areas of health, sport welfare, education, arts and heritage.”