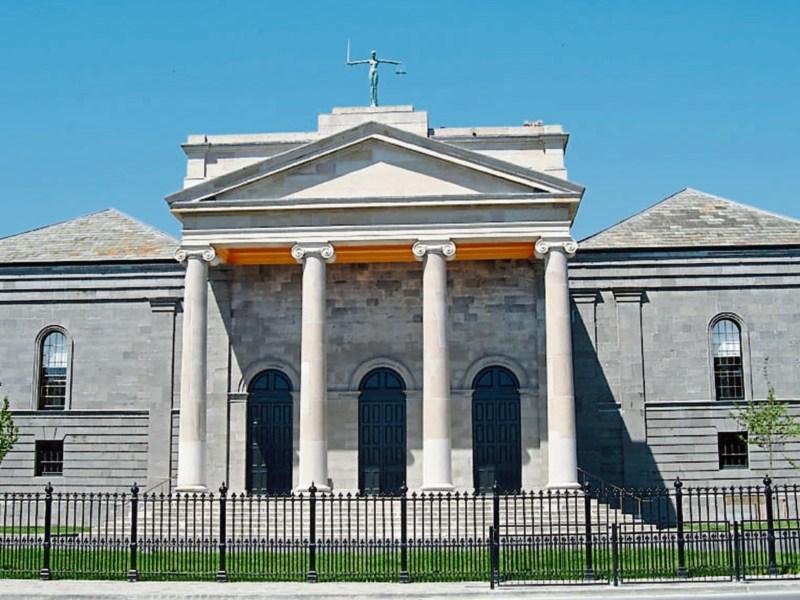 A Nenagh man who admitted he had been extremely drunk, has been cleared of assaulting two Gardai because of a problem with the location of the alleged offences and a conflict of evidence.

He pleaded to being intoxicated in public and threatening, abusive and insulting behaviour on the same occasion.

Mr Cooney told the court he had drank a half-crate of cider and a quarter bottle of whiskey on the day.

Garda Kennedy told the court they had received a call about a drunk man in the middle of Martyr's Road, Nenagh, at 6.30pm that day.

He and Garda O'Leary went to the scene and onserved William Cooney staggering in the middle of the road with what looked like a bottle of whiskey in his hand.

“He told us to 'f*** off back into our car' and put the bottle into a flower bed at the footpath,” said Garda Kennedy.

He said as he was walking to retrieving it, Mr Cooney jumped into him and pushed him. They had to restrain Mr Cooney and handcuff him.

Garda Kennedy said he got the bottle and emptied it down a nearby drain.

“As we were putting Mr Cooney into the patrol car, he spat at Garda O'Leary and told him he would 'bite his face off',” said Garda Kennedy. “He told me he would 'f***ing kill me as well'.”

While they were driving back down Martyr's Road and along MacDonagh Street, Mr Cooney kicked him on the shoulder from the back seat.

The defendant continued to be aggressive in the Garda station and had to be pepper sprayed in his cell.

Garda Kennedy said he noticed that his thumb had begun to swell and he may have hit it against the wall when initially restraining Mr Cooney. He missed one month's work because of the injury.

Under cross-examination by solicitor Elizabeth McKeever, for Mr Cooney, he said he had encountered the defendant at 4.40pm that day.

He denied Mr Cooney had been talking to someone when the Gardai arrived at Martyr's Road.

He also denied that Mr Cooney's girlfriend, Megan Courtney, had taken the bottle from Mr Cooney.

Garda Kennedy said he had poured the whiskey into a drain and not into the flower bed.

Garda O'Leary said that he observed Mr Cooney place the bottle behind a wall.

Under cross-examination, he said Mr Cooney spat at him and a “fair amount of saliva hit me in the face”.

Garda O'Leary could not recall if there were two females present at Martyr's Road and didn't recall Ms Courtney saying she would take Mr Cooney home.

Garda Joan Larkin, member in charge in Nenagh Garda station that day, said Mr Cooney had been very aggressive towards her and told her to “f*** off” when she asked him to sign the record book.

He made the same comment when she went to his cell and offered him water.

“He had his shirt off and was in an agitated state,” she said .

Sgt John McCormack said he had asked if there had been any witnesses and Garda Kennedy and Garda O'Leary said they had not taken any details.

He could not get CCTV of the incident as there was no coverage in that area.

In his direct evidence, Mr Cooney said he had left his house at 2.30pm and met a friend and gone drinking. He had intended to meet his girlfriend that day.

“I chose drink instead of meeting her,” he said.

He admitted he had a problem with alcohol but had sought help.

“I was having a bad day. My head was all over the place,” he said.

Mr Cooney said he had been having an argument with Ms Courtney at Martyr's Road when the Gardai arrived.

“To be honest, I was abusive towards the Gardai. My girlfriend put the bottle in the flower bed and Garda Kennedy was pouring it out. I was trying to resist but it is not true that I lunged at him,” said Mr Cooney.

“I am the first to admit I am no angel, but I never assaulted him,” he said.

Mr Cooney said that when he was being placed in the patrol car, he spat and it sprayed back in his face because there was a “bit of a wind”.

He suffered from panic attacks because he was beaten up previously and when kicking out in the patrol car, he possibly hit Garda Kennedy by accident.

Mr Cooney told Ms McKeever that his girlfriend was “great to me”. They had been going out on and off for four years but were now engaged and she was expecting a baby in June. He was also working now.

Megan Courtney said she was cross with Mr Cooney when he went drinking as they had intended meeting and watching a DVD. She and her friend, Jana Ray, went for a walk and caught up with Mr Cooney at Martyr's Road.

“I took the whiskey and put it on the wall,” she said.

She did not see Mr Cooney lunge at Garda Kennedy and said that Garda O'Leary had asked them for their details.

Ms Courtney said Mr Cooney was “really good to me. He has turned his life around”.

She told Insp Maher Mr Cooney was drunk but not aggressive.

Ms Ray said Ms Courtney had taken the whiskey bottle from Mr Cooney and put it on the wall.

“It is fair to say I don't have much time for Mr Cooney, but Ms Courtney is a friend of mine” she told Ms McKeever.

“He was mouthy and shouting,” she said.

Ms McKeever submitted there was a conflict of evidence.

Judge Elizabeth MacGrath said that the assaults were alleged to have happened at Friar Street but they happened in the patrol car and there was no exact location established.

In relation to assault causing harm, she said there was no evidence as to how Garda Kennedy had injured his thumb.

“I have no doubt Mr Cooney was extremely drunk and his conduct was unacceptable,” she said.

Judge MacGrath said there were anomolies in the Garda evidence.

The court heard that Mr Cooney had 19 previous convictions, including three for assault and one for violent disorder.

Judge MacGrath ordered a probation report for the April 20 court and ordered Mr Cooney to pay €1,000 to the Garda Benevolent Fund “because of the level of aggression shown towards the Gardai”.