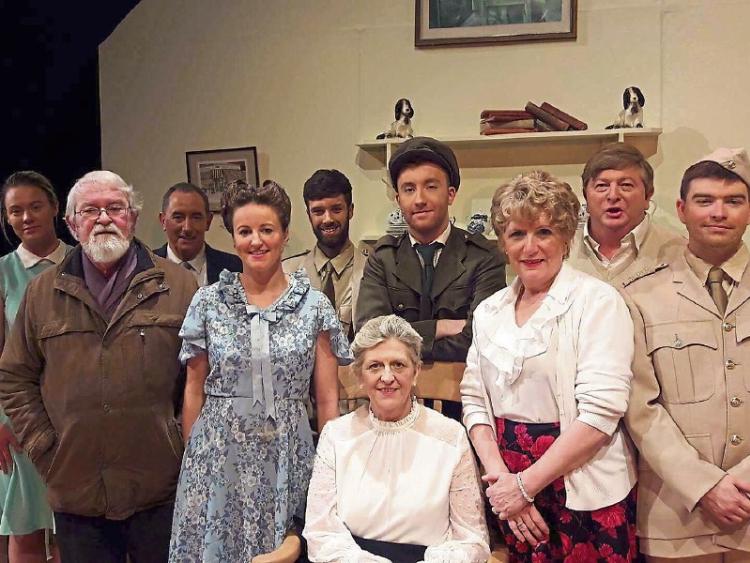 Proceeds from the event will go towards two very worthy causes – Scoil Aonghusa in Cashel and Tipperary Day Care Centre in Tipperary Town. The play tells the story of the West family and how they deal with both the war in Europe, and the domestic war, that erupts in their own kitchen. Set in 1943, Dolly West is at her family home in Buncrana, Donegal, after fleeing Italy at the outbreak of the Second World War.

Dolly runs the house for her irreverent and outspoken mother Rima, her sister Esther, her sister's husband Ned, and her younger brother Justin, an officer in the Irish Army and a fervent nationalist.

Questions over the neutrality of both Ireland and the West household are raised when mother invites three soldiers - an English officer and two US G.I. Troopers - from the war zone across the nearby Eire/UK border. Soon clashes of loyalty, jealousy, sexual identity and love creep in.

The play is the work of the much-acclaimed playwright, Frank McGuinness. The play is considered his most controversial work as it confronts the issue of Irish neutrality in the Second World War, an issue he was determined to tackle after his visit to the Holocaust Memorial Museum in Washington. This production is directed by the widely acclaimed Michael O’Donoghue. The strong view of our audiences has been that it is one of the most tastefully and detailed productions of the Forge Players to date, infused with an absolutely scintillating level of humour. The acting is of the highest standard and is presented on yet another superb stage from set-designer Joanne Ryan and set-constructer Billy Whelan. Michael O’Donoghue is known for his competence and success in the Musical Society world, and he brings that knowledge of music to this production, providing mood and atmosphere that captures the heart and mind throughout the play.

The Forge Players had a sell-out run for three nights in the Excel in Tipperary Town and due to popular demand it is now being re-staged for one night only. This Fundraiser by the Forge Players is the culmination of many kind offers from people to make it happen including Brú Ború who have donated the use of the venue for the night.

The proceeds will go towards two worthy projects that service the needs of people who are vulnerable - Scoil Aonghusa in Cashel and the Tipperary Day Care Centre. Do come along and show your support for this effort. Tickets are on sale now for €15 from Brú Ború or at the door on the night and all are most welcome.