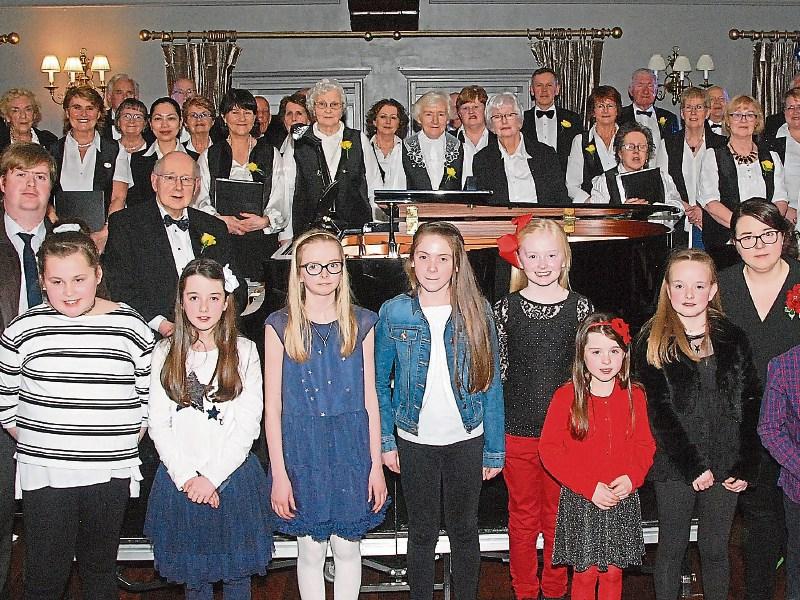 An enchanting evening of music and song led by Michael Moore and the Cantoirí Tulach Mhor raised much-needed funds for a Roscrea Church recently.

“I set up my music school in Roscrea nearly two years ago,” Marina Carry told the Tipperary Star. “I have a wide range of students from young to old. I teach an array of instruments both at an exam standard and for enjoyment.”

“I have been privately studying music with Michael Moore for many years now. Michael is from Tullamore and has been teaching music for 60 years now. He has taught hundreds of pupils from his home in an array of instruments. Michael founded Cantoirí Tulach Mhor roughly 30 years ago in Tullamore. They are a community-based Choir who perform for the love of music, singing everything from Golden Oldies to Opera.” The Choir prepares itself throughout the year for their annual concerts in Tullamore. They also perform a lot during Christmas at different festivities in different Churches throughout Co. Offaly.

“We had the privilege of them coming to Roscrea to perform for us for our fundraiser in Racket Hall alongside Marina's School of Music students,” said Ms Carry.

“The fundraiser was organised between the committee from St Cronan's Church, and myself to help renovate their Bell Tower and keep it restored and this will be a long process which it’s costing a lot to do.”

Michael was surprised on the night as well with a presentation for his 60 years in music which was presented to him by his own grandchildren Sean Conor and Caoimhe.