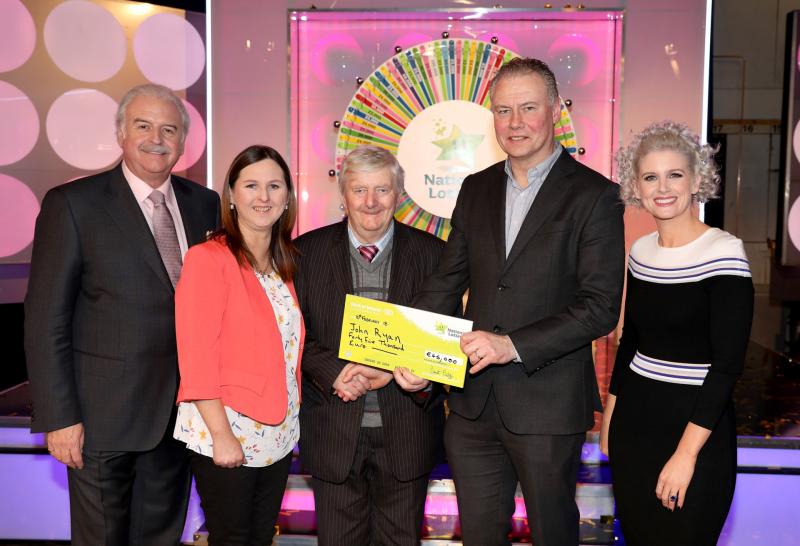 Two Tipperary families had a blast on the National Lottery Winning Streak gameshow on RTE One last Saturday winning a total of €75,000 between them.

Denise Cullen, from Nenagh, won €30,000 and will share it with four members of her family, while Borrisoleigh woman, Catriona Quigley won €45,000 on behalf of her dad John Ryan.

Catriona told the audience that her dad John never misses an episode of Winning Streak and he was in complete shock when his name was pulled out of the drum by presenters Sinead Kennedy and Marty Whelan. As soon as his name was called, the proud Drombane man (77) decided he wanted his lucky daughter Catriona to take his place on the show.

Retired Irish Rail worker, John has been married to Limerick woman, Kay for over 40 years and they plan to spend their Winning Streak prize money on home renovations. Catriona, who works in Dunnes Stores in Thurles is married to husband, Paddy since 2003 and they have two children, Darragh (15) and Emma (11). Supporting Catriona in the Winning streak audience were her brother, John her sisters Ellen, Anne and Josie.

Fellow Winning Streak contestant and public health nurse, Denise Cullen from Gurteenakilla, Newtown, Nenagh played on behalf of her sister Noreen, of Knocknacree, Cloughjordan, as the family  Noreen is the lucky one and put her name on all draws they enter.

Denise purchased the Winning Streak scratch card last summer and only remembered that she had the lucky three star ticket at the bottom of her handbag over Christmas. She then decided to put her sister Noreen’s name on the ticket because she is the lucky one! 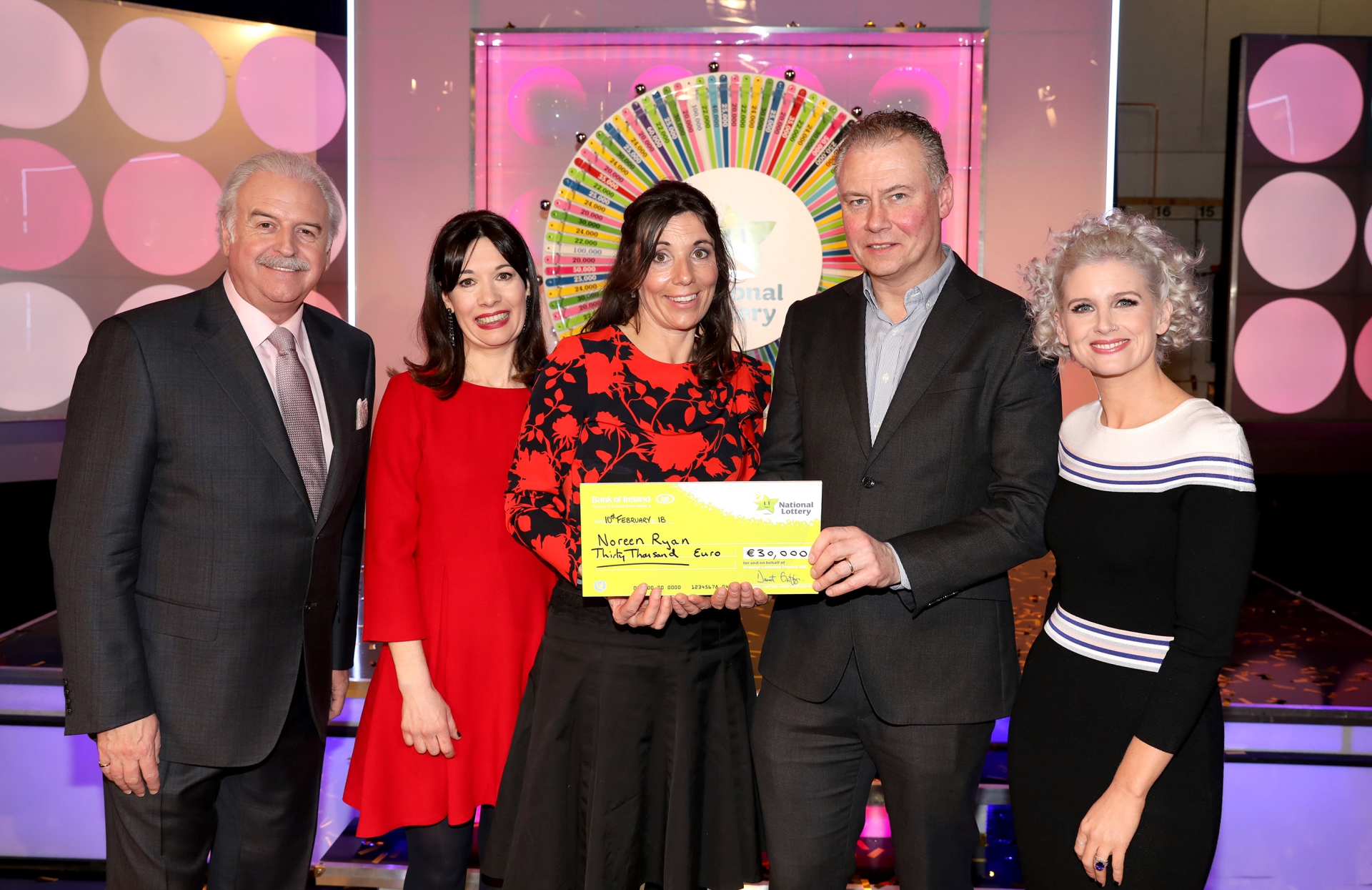 The Winning Streak audience was buzzing from the huge Tipperary supporting contingent and both Denise and Catriona did their families and county proud. A total of €218,000 was won on the game show this week.