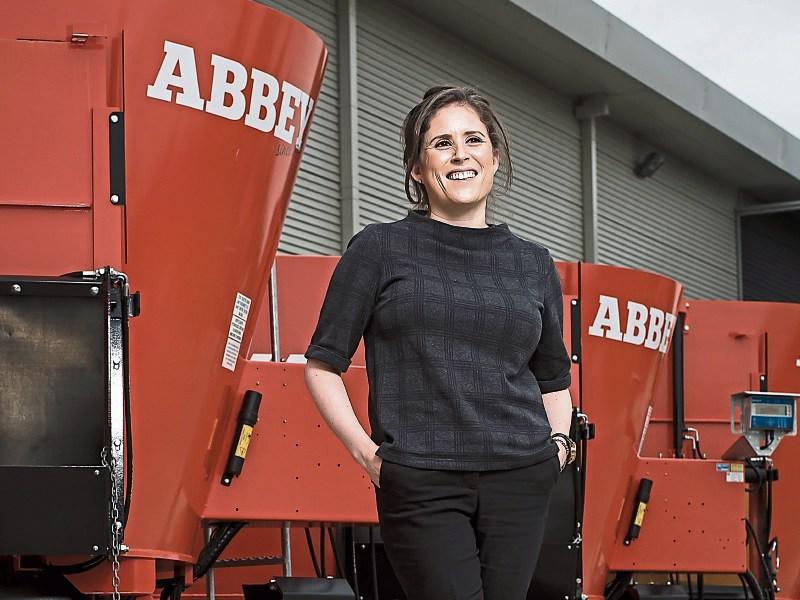 Nenagh businesswoman Clodagh Cavanagh will be the guest speaker at the next Network North Tipperary event on Tuesday, February 20.

Ms Cavanagh has been surrounded by family of hardworking people since a very young age, with her grandparents Joe and Mary Cavanagh setting up Abbey Machinery Ltd in 1947 and her father, Charles Cavanagh, took over running the business in the late 1970s and oversaw its development until he passed over the reins to her in 2012.

Clodagh graduated with a degree in Business Studies from University of Limerick and joinied the family run business in 2004 as a trainee accountant.

She went on and became a member of the Association of Certified Chartered Accountants and completed the Leadership 4 Growth CFO programme with Enterprise Ireland at Stanford University, California.

In a male-dominated industry, the mother of two boys never finds it a challenge and has been awarded with many outstanding awards including the inaugural Anna May McHugh Female Leadership in Agriculture Perpetual Trophy 2016, nominated for EY Entrepreneur of the Year in 2016, Outstanding Achievement UL Alumni Award – Business and CEO of the Year in the IMAGE Businesswoman of the year awards in 2017.

The meeting takes place in the Abbey Court Hotel, Nenagh, at 7.30pm.