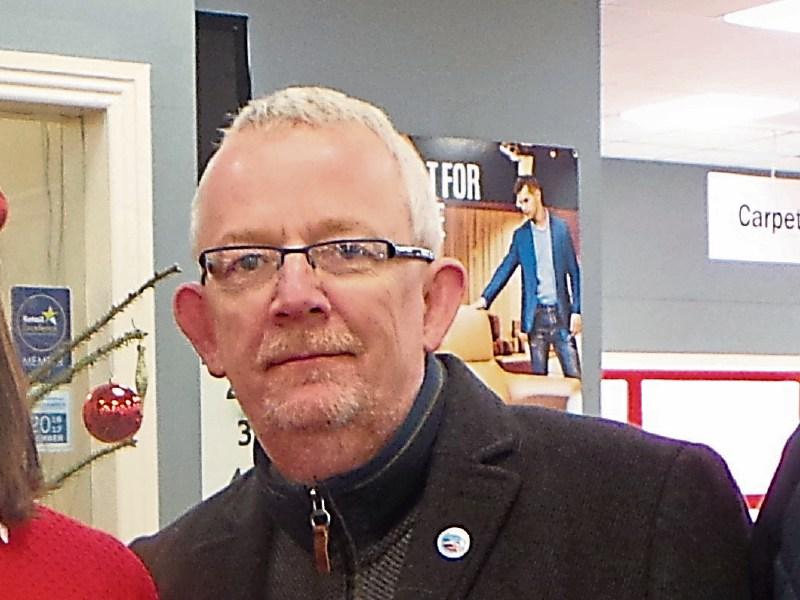 Brendan Nyhan is spearheading Clonmel Rotary Club's busy schedule of activities as the club prepares to celebrate its 50th anniversary later this year.

A Principal Quality Supplier Engineer with healthcare company Boston Scientific, he has had a busy seven months since taking over at the helm as club president last July; and the remaining months of his term of office promise to be equally hectic, before a new president is elected in the summer, as the club gets ready to celebrate half a century of service to the community next November.

A major project that will be brought to fruition by the summer is the provision of a sensory playground, for children on the autism spectrum disorder, at Mulcahy Park in Clonmel, adjacent to the existing playground.

A Rotary project that will be repeated this year is Bikes For Africa, where unwanted bicycles are collected in the locality and sent to Loughan House, the open detention centre in Cavan, for refurbishment, before being transported to schools in Africa.

The club also organises flag days to support FHIST (Funded Housing in South Tipperary), while its annual Golf Classic in May is another vital source of revenue.

Another flag day raises funds for  an orphanage for children born with AIDS in Lusaka, Zambia. The club has supported the orphanage, which is run by the Franciscan Missionary Sisters for Africa, for several years.

One of the pioneers in the orphanage's wonderful work was the late Sr. Lucy O’Brien, sister-in-law of well-known Clonmel accountant and long-standing Rotarian Tom O’Gorman.

"All money collected by Rotary goes directly to charity and there are no administration costs", says Brendan Nyhan.

With 44 members, he says that the Clonmel club is one of the most successful in the country.

Since he became president, the club has organised another very successful Remembrance Tree at Christmas, which supports South Tipperary Hospice.

It also held its annual Christmas Charity Event at Raheen House, in aid of the Clonmel Soup Kitchen; and assembled dignity packs (which included essential toiletries) for the homeless, in association with the Tipperary Volunteer Group.

Amanda Quigley, one of the founders of the Clonmel Soup Kitchen, won the Eileen Anderson Unsung Hero Award, which Rotary organises in conjunction with Clonmel Borough District.

The club also hosted the regional final of the Youth Leadership Competition, in which local Presentation Secondary School student Emer Ryan was successful; organised the children's day out, for a class from St.Oliver's primary school, which included an afternoon of bowling followed by a visit to Supermac's; and it runs a young photographer and young writer competition through the schools.

Son of former Mayor of Clonmel, Sean Nyhan, and the late Betty Nyhan, Brendan is currently recovering from hip replacement surgery, and says he's grateful to his wife Paula for all her support in helping him fulfill his Rotary commitments.

He also extends his thanks to his fellow Rotary members for the enthusiasm and commitment that ensures the success of so many projects.

The club holds a lunch meeting every Monday at the Cluain Training Centre in Nelson Street, a venue that he says they're fortunate to have for these get-togethers.

Anyone interested in joining Rotary is welcome to attend any of these meetings, or they may contact Brendan Nyhan for more information.