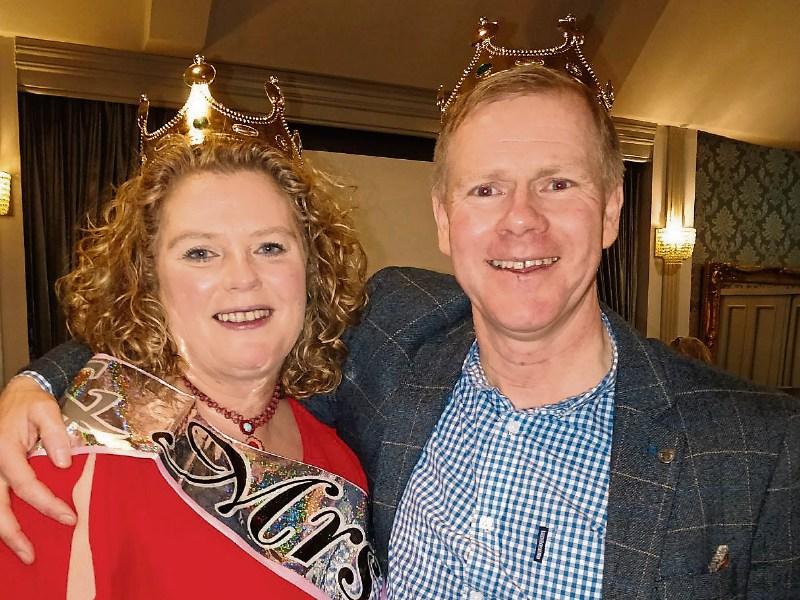 Conor and Denis Stakelum were crowned Mr and Mrs 2018 at Thurles Musical Society's magnificent event in The Anner Hotel on Saturday evening last when a memorable evening had the bumper attendance on the edge of their seats.

It was a superb evening of entertainment and fun and while Conor and Denise Stakelum were crowned overall winners, all of the eight couples who participated played major roles in ensuring that Mr and Mrs was an outstanding success.

Hosts Aodhan Fox and Fiona O'Sullivan provided the platform for the entertainment but it was Conor and Denise; Ollie and Brigid O'Reilly; David and Kate McElgunn; Seamie and Jenny Hanafin; Jim and Patricia Cummins, David Darmody and Kris Kendellen; John and Mary Rose McNally; and Shelley Martin and Evan Gleeson, who were the real stars of the night and their sense of fun and adventure made for a brilliant event which has been the talk of the town since.

As well as gaining points for the answers given on stage, the couples had many votes purchased for them throughout the evening and even prior to the night as well. And, when the winners were announced at the end, Conor and Denise proved extremely popular winners with Conor dancing across the stage, complete with his crown, much to the delight of the audience which gave him more than their share of encouragement - a selector with the Tipperary senior hurling team, hopefully this will not be the only silverware Conor will win in 2018.

The couple had also sang, impersonated Micheal O'Muircheartaigh and even danced with the hosts to win the audience over and their sense of fun, allied to the great spirit entered into by all the couples ensured that Mr and Mrs was as big a success as it was last year at the inaugural event - last year's winners Larry and Hannah Fogarty were present to hand over the crowns to add to the 'significance' of the evening.

Thurles Musical Society thanks all those who supported the event - a fundraiser in advance of their annual show, Ragtime the musical which runs in The Premier Hall from March 20-24th.