Breaking: Hero doctor who saved Florida gun victims is married to a Templetuohy lady and is a regular visitor to Tipperary 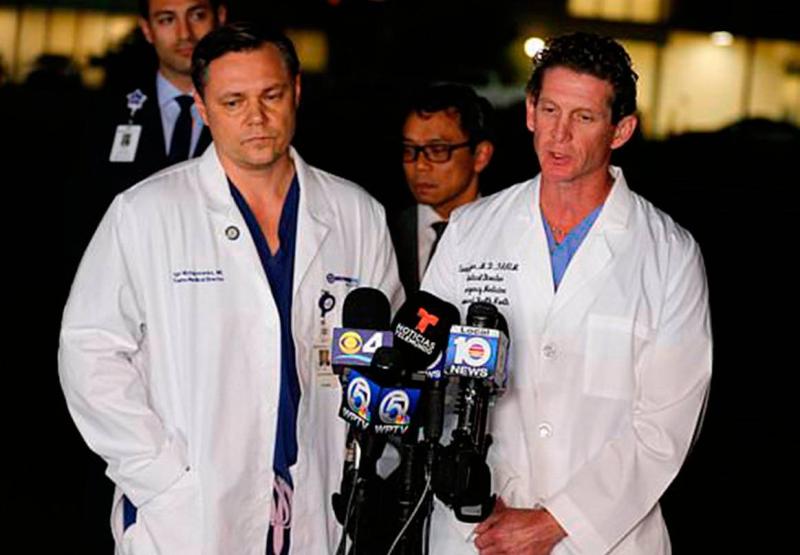 Dr Evan Boyar is married to Dr Paula Coughlan from Templetuohy and both graduated from UCD in 2002 - Paula was on her way to collect their two kids from school as the horror unfolded.

The doctor who treated a number of the casualties in last week's horrific Florida school shooting is married to a Templetuohy lady and is a regular visitor to The Premier County, The Tipperary Star can reveal.

Dr Evan Boyar, studied medicine in UCD and is married to Dr Paula Coughlan from Templetuohy - he is the medical director for emergency services at Broward Health North on Pompano Beach  and he led the medical team who treated eight of the victims following the shooting that killed 17 students and teachers at Marjory Stoneman Douglas High School in Parkland. The school is located close to the hospital where Dr Boyar works.

Dr Boyar, who loves to play golf in Thurles Golf Club when in Tipperary,  studied at UCD for his medical degree. His wife, Paula also works as a doctor at Broward Health North and the couple both graduated from UCD in 2002. Dr Paula is sister to former Tipperary footballer Hugh Coughlan, and hurler John Coughlan, and is daughter of Tipperary Football Board Secretary Hugh Coughlan and his wife Marie (nee Everard).

"They are pretty upset about this whole thing," Hugh Coughlan Snr told The Tipperary Star. "Four children from their neighbourhood were killed and Paula was on her way to collect their two girls, who are aged 10 and 8, when she saw all the police SUV's speeding past her in the other direction. She knew something had happened but had no idea of the horror which was unfolding," said Hugh who is hoping to go to visit the family with his wife next month.

Dr Boyar spoke to the media outside the hospital on the evening of the shooting, giving updates on the number of victims being treated. However, he would not go into the types of injuries sustained by survivors out of respect for their families.

He said he and the medical staff at the hospital are well-trained and prepared for such devastating situations.

"At Broward Health North, we received eight patients and one suspect. The suspect was treated and released in police custody. We routinely run drills at our institution to be ready for instances like this, so we have a process in place that gets initiated, so there's calm, collected care that our patients receive," he added.

Dr Boyar was also asked by reporters how the hospital's medical staff dealt with having to treat the suspect.

"Every patient that comes in here gets treated as a patient and we take care of them medically and that's what we do," he said.

This latest shooting incident in US schools has resulted in many demonstrations, protests about the gun laws and even prompted President Donald Trump to suggest that teachers should be armed in their classrooms.