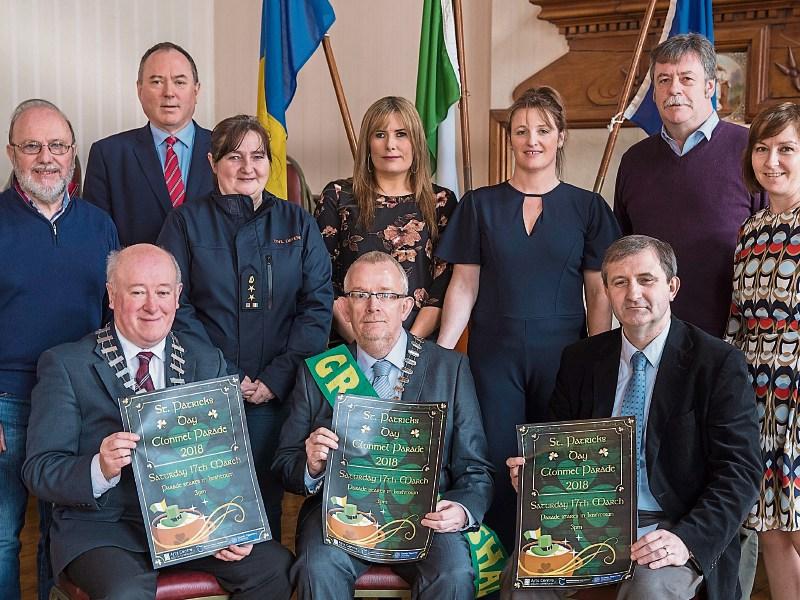 Clonmel Rotary Club president Brendan Nyhan will be the grand marshal of the St. Patrick's Day Parade in Clonmel.

The parade will celebrate Clonmel Rotary Club, which this year marks its 50th anniversary.

The club started life on September 30th, 1968 and was the brainchild of Tommie Moran, who paradoxically had both a chemist and a tobacconist's shop in Gladstone Street; and he was supported by Tom Reilly and Arthur Morris.

The club are very fortunate to have one the founding members, Con Moroney, still very active in Rotary.

Since its inception the goal of the club has been to make a positive difference to the people and town of Clonmel and the wider community.

Rotary is a self-funding and completely voluntary service organisation. Down through the years the club has run a variety of fundraising events to raise money for various charities and causes.

Con Moroney brought back the idea for “a mile of pennies” that he’d come across in Blackpool in the 1970s and another one of the more novel fundraising efforts in the past was the collection and baling of old newspapers that were sold to the Waterford Paper factory.

In the pre-Internet era Clonmel Rotary published the local telephone directory, which was very popular. The club has always been prepared to help out where it can, whether it is a charitable donation, sponsorship or youth development activities.

The club has a proud history in the town since its foundation and has built up a strong presence in the community, working in partnership with other local organisations.  It is as strong and vibrant now as it was at its inception and this is very much due to the hard work and dedication of the members down the years.

The St. Patrick's Day Committee has been working hard for the past number of weeks getting ready for the parade in Clonmel. It's hoped that people will come out and participate in and support the event in the same strength of numbers that they've done in recent years.

The Clonmel Bianconi Twinning Committee are again organising the Morning Parade from the Town Hall at 11.30am to St. Mary’s Church for 12 noon Mass, which will be celebrated in Irish.

This parade will be led by Banna Chluain Meala and will include councillors, representatives of town organisations and visitors from three of Clonmel’s twin towns – Esyines, Costa Masnaga and Reading.

The day will commence with the traditional flag-raising ceremony at St. Patrick’s Well at 8.30am.

Once again, the starting area for the main parade, which commences at 3pm, is Irishtown and it will parade through the town to finish in Parnell Street, outside the Town Hall.

Any groups wishing to participate in the parade can do so until Friday week, March 2nd by going online to www.countytipperarychamber.com/2018-clonmel-st-patricks-day-parade-registration.html

and completing the form and submitting it to Clonmel Chamber of Commerce.