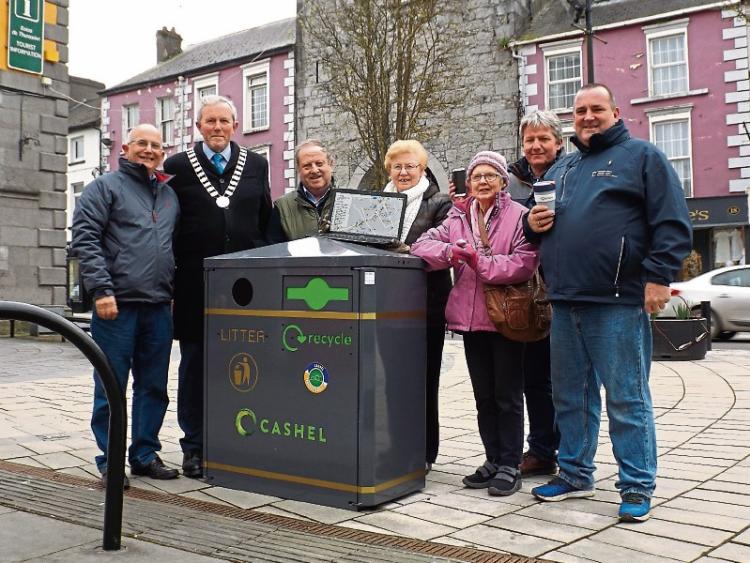 At the launch of the Zero Waste Cashel interactive map.

An online interactive Zero Waste Map of Cashel was launched last Friday as part of the Zero Waste Cashel initiative.

The new map allows users to view the various zero waste initiatives being implemented by businesses and other organisations in Cashel as the community continues it's journey towards zero waste.

The new map is available to view at the website www.zerowastecashel.ie on all devices or directly at: bit.ly/ZeroWasteMapCashel. To view what initiatives are in place simply click on the logo on the map and that will open up a small window with details of the business participating.

This is a free initiative for businesses and community groups to take part in. New businesses and organisations are being added regularly, so be sure to check back often. To find out more or to get involved email info@zerowastecashel.ie or phone 086-3191673.