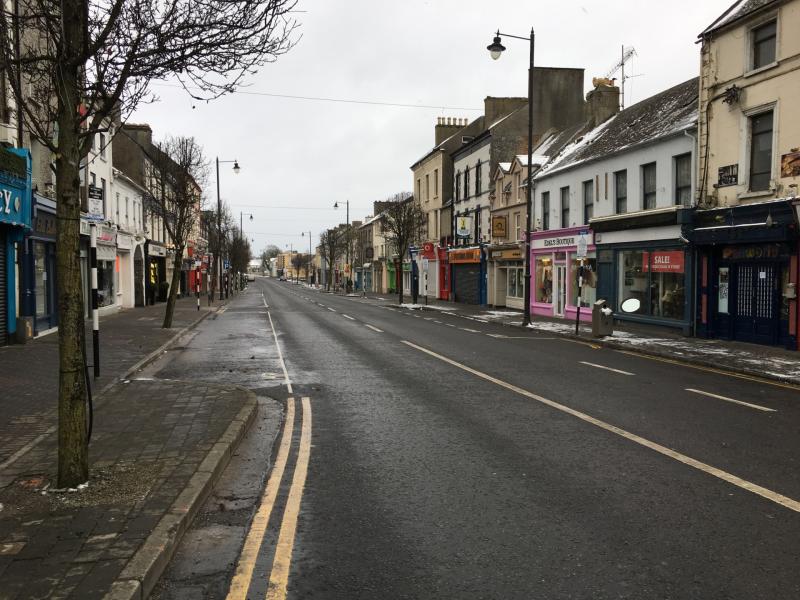 9pm: Swirling snow is starting to affect Nenagh as the Premier County battens down the hatches for Storm Emma, which is predicted to hit Tipperary over the next number of hours.

Met Eireann earlier extended its Status Red warning for the county and the rest of Munster from 3am on Friday, March 2, to 6pm, with up to 40cms of snow expected, especially on higher ground.

Meanwhile, people would appear to have heeded the warning by Sean Hogan, chair of the National Emergency Co-ordination Group, with the Puckane native urging everybody to stay indoors from 4pm.

Nenagh streets were deserted by 4.30pm, with little or no traffic movement through the town.

"It is snowing at present and Nenagh is like a ghost town," said a Garda spokesperson.

While there were no major incidents, he said that local Gardai had gone to the rescue of one elderly gentleman whose frozen pipes had burst and who needed a water supply.

But he advised to "keep well away from minor roads".

Meanwhile, the snow had not yet hit Roscrea to the north of the county, and local Gardai said all main routes were passable.

Minor and side roads were described as "bad".

And people were following the advice and staying indoors.

Meanwhile Tipperary County Council website was reporting that the L2110-9, the Nenagh to Shallee Cross road, was closed due to abandoned vehicles.

AAroadwatch is reporting that roads remain slippery around Templemore, Cahir and Clonmel.