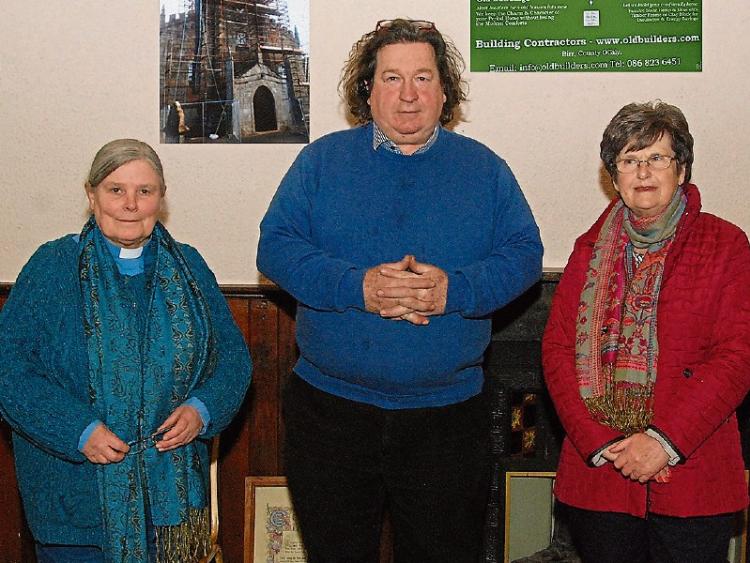 At a recent slideshow and talk regarding the restoration of the tower of St. Cronan's Church of Ireland, Mr. Henry Thompson, Conservation Builder, outlined the work carried out last autumn.

This work involved the sealing of the tower roof to ensure it is watertight, the removal of the 4 pinnacles for cleaning and repair, and the removal and replacement of all pointing between the stonework. The mortar used to re-point the stonework will prevent moisture from becoming trapped within the stonework which is part of the problem of the deterioration of the tower. Some of the replacement stones have been sourced locally and more have come from Co. Donegal. Several carved stones on the face of the tower are believed to be from the 12th century west gable at the pedestrian entrance to the church. Mr. Thompson showed before and after slides which illustrated the intricate and painstaking nature of the work.

A rather uncommon feature of the tower the windows which are made of stone rather than timber. There are approximately 30 stone slabs making up each of the four windows. Some of these slabs are cracked and need replacing. The remainder of the re-pointing from the tower roof to the ground will also need to be carried out. some of the work can be this year.