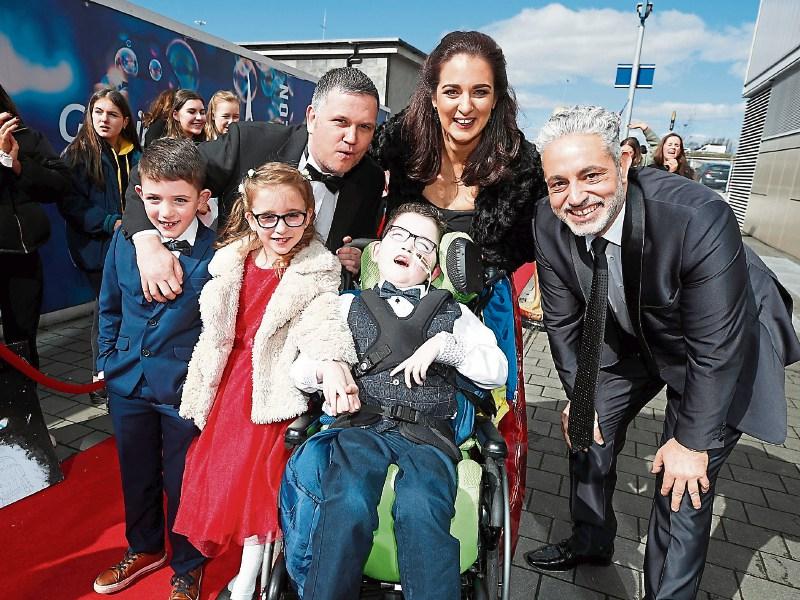 The Odeon Cinema in Charlestown, Dublin 11, was the location for the third annual LauraLynn Oscars ceremony on Saturday, when eight wonderful short films made by LauraLynn families premiered at a black tie event featuring limos, a red carpet reception, screaming fans, and an invite-only exclusive screening.

The evening ended with each movie receiving its very own LauraLynn Oscar, presented by 2FM radio presenter Tracy Clifford.

7 year-old Cillian Russell and his family from Carrick-on-Suir starred in “The Gig - Pranksters Paradise”, a heart-warming movie about the Russell family who set off on the adventure of a lifetime to see their biggest hero live in concert.

A series of unfortunate events by pranksters delays the family – will they ever meet their hero?

The movie was awarded Best Drama and the special LauraLynn Oscar was presented to Cillian after the premiere by Tracy Clifford.

The LauraLynn Oscars is a popular event in the hospice’s calendar and involves LauraLynn children, their siblings and their parents writing, producing and starring in their very own short films, with the generous help of industry professionals.

Shot on location in various counties around Ireland, the films span a range of genres, including comedy, action, animation and drama, with all films edited and produced by Windmill Lane Studios.

Each year the Oscars aim to foster whole family engagement while therapeutically supporting anticipatory loss within the family, with the final output of the project providing a tangible, post-bereavement legacy for families to cherish.

This year the awards were hosted by Baz Ashmawy, who said “the children and their families have put so much work into these films, and it really showed: each production was of a really high professional quality, and everyone involved can be hugely proud of them.

“We all had such a ball today, starting with hair and make-up at LauraLynn followed by VIP transport to the cinema, and then the red carpet with screaming fans. It was an amazing evening with memories that everyone will cherish”.

LauraLynn, the only dedicated children’s hospice in the state, provides clinical care, healthcare support and palliative care services to children with exceptional and life-limiting conditions.

It costs €5.2m per year to run LauraLynn’s Children’s Hospice, €4.2m of which must be generated through fundraised income from events and activities.