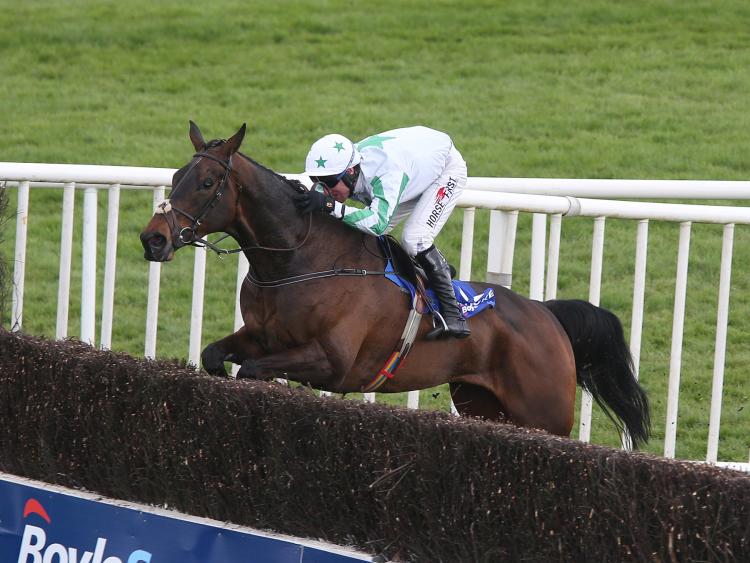 The final declarations have been made for the 2018 Irish Grand National on Easter Monday, and between them, top trainers Gordon Elliott and Willie Mullins saddle 17 of the 30 strong field. Elliott aims to cement his place as the season's top trainer at Fairyhouse with 14 runners, while Mullins has a small but powerful team of four.

Our resident racing expert had gone through the field and picked out the three best bets for the Easter showpiece.

This Willie Mullins trained eight-year-old is a worthy favourite in my book. Although inexperienced over fences, BELLSHILL has the neccessary class to make his presence felt and is improving all the time over the larger obstacles. He was third in last year's RSA chase at Cheltenham when he chased home subsequent Gold Cup 2018 runner-up, Might Bite, and steady yardstick, Whisper. His most recent run came in the Bobbyjo Chase at Fairyhouse when he ran and won over three miles on soft ground. The ground at the Meath track will be similar this weekend and it was also apparent that day that the horse settles and travels really well, something very important for a horse tackling this 3M 5F distance. Another huge positive is the fact he wastes so little energy over his fences, and I expect him to go quite well, provided he doesn't run into trouble in-running. His only fall over fences came last year in a novice chase won by Our Duke, last year's winner of this race, but the fact that he's won three and placed in one of his four other starts, it's fair to forgive him for that. He'll travel well and if he proves he stays as well as he looks to, he'll be bang there as they hit the last fence.

One at a bigger price worth a look is the high-class OUTLANDER for that powerful Gordon Elliott yard. He has been handed top weight, but that's no surprise given his best form over fences. He is a former Lexus Chase winner and has held supreme company in recent years. He was third in December's Christmas Chase at Leopardstown, finishing ahead of the likes of Sizing John and Yorkhill. He also has good form with the consistent Djakadam, including in one of his more recent runs when he was ten lengths ahead of the Willie Mullins' veteran in the Irish Gold Cup. Outlander was second behind Edwulf that day, beaten by just a neck, and he had the likes of Our Duke behind him. The fact that he was pulled up in the Cheltenham Gold Cup in March is a slight negative, but his presence in that race to begin with his testament to his class. He'll be written positively and could well get involved late on.

Another each-way prospect and yet again for the Gordon Elliott stable is SQUOUATEUR who continues his return to the track after a wind operation. He'd been in poor form at the end of last year and beginning of this year, but a wind op prior to Cheltenham appeared to have done the trick as he stayed on for third behind Missed Approach in the Kim Muir at Prestbury Park. Mall Dini was five lengths ahead of him that day, but SQUOUATEUR does get another couple of pounds from that runner here. You'd also like to think that he'll come on well for that Cheltenham run. This horse was a fair hurdler but has yet to win over the larger obstacles. That's a negative but he's getting better and has the potential still to be a decent chaser. You don't often have to be a world beater to win this race, with Our Duke last year a notable exception, and off a weight of 9st 10lbs, he has to come into the reckoning.