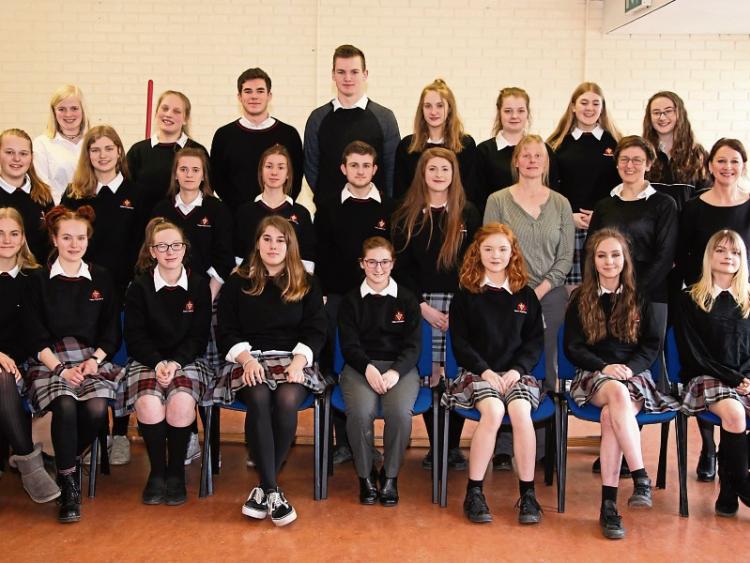 Students and teachers from Gymnasium Wellingdorf during their trip to Ireland with students from Coláiste Phobal Ros Cré and their teacher Ms. Josephine Nielsen.

The following accounts are written by two Transition Year (TY) students of the school.

This was the second time a group of German students from Coláiste Phobal Ros Cré travelled to Gymnasium Wellingdorf in Kiel as part of a school exchange.

We had an early start when we awoke at 2am on Monday morning 4th December, we arrived in a snowy Kiel at lunch time. When we arrived at the school, Gymnasium Wellingdorf, we met with our partner-students, the exchange teachers, the principal and our host families. Everyone was over the moon to finally meet each other after a couple of months emailing and messaging each other!

Most days we attended school classes as normal with the partner students. It was interesting to see the differences between schools in Ireland and Germany, such as how early school begins in Germany (7:40am!) and how all students finish at different times, even if they’re in the same year. On Wednesday we went on a historic tour of Kiel where we saw many attractions, for example: war monuments and St. Nikolaus’ Church. We went on a ferry ride across the Kiel Canal and walked around the Christmas Markets.

On Friday we went to Lübeck, a beautiful medieval city near Kiel. While we were there we attended a production of Oliver. We found it difficult to understand the dialogue but the dancing and singing was excellent!

For the last two days we went to Hamburg with our German exchange partners where we also met with Mr O’Connor. We went to “Miniature World”, a display of the world in mini version. We also went shopping in the Hamburg Christmas Markets. They were amazing!