Gaelscoil's delight as new Clonmel school is "within touching distance" 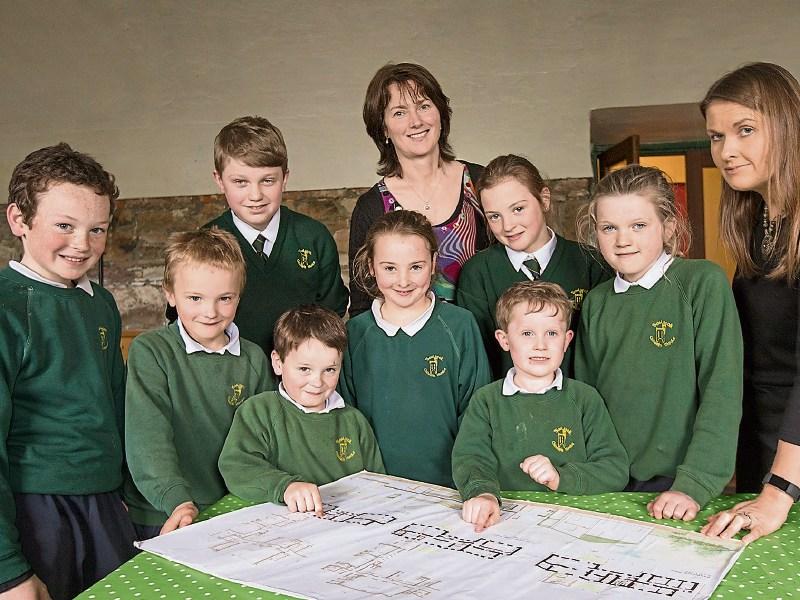 A new school building for Clonmel's Gaelscoil has moved a significant step closer, following the announcement by the Department of Education and Skills that it has approved the tendering process for the project.

Construction work is expected to start in the second quarter of next year, signalling the beginning of the end of a protracted campaign for a new school that began almost as soon as the Gaelscoil was founded and classes began in 1994.

"We are within touching distance of a new school", said a delighted principal Karen Mhic Gearailt.

"This time next year, when the work is scheduled to start, isn't so far away".

She said that the first phase would see an extension built in the former County Council machinery yard, at the rear of the existing building in Upper Irishtown.

Classes would be held in the new building while the existing school was being renovated, with a corridor eventually connecting both buildings.

"Pupils, staff, parents and the entire school community have been waiting for this announcement for a long time and it's great to be moving onto the next phase", said the principal.

"It's fabulous news, and not before time. Everyone is looking forward to having modern facilities in the new school".

The principal said it took time to go through the various stages and this was a particularly complex project to connect the existing and the new buildings.

The school community, which now includes 210 pupils and 11 teachers, has endured frustrating delays for many years in its requests for a new home.

A breakthrough was achieved when planning permission for the Irishtown site was granted in 2013, which was followed by the appointment of a design team three years ago.

Preparatory surveying work for the new building began in late 2015.

The existing building dates from the 1830s and was originally built as a grammar school. Before the Gaelscoil took up occupancy, it housed some of the offices of South Tipperary County Council.

Deputy Seamus Healy has stated that the school, which opened its doors in September 1994, had gone from strength to strength but its accommodation was substandard, overcrowded and not fit for purpose.

Assessment of the tenders would follow, with a target date for the commencement of construction in the second quarter of 2019.

"This is a very welcome development and great credit is due to the whole school community at Gaelscoil Chluain Meala including parents, pupils, teachers and Board of Management", said Deputy Healy.

Meanwhile Deputy Alan Kelly, the Labour Party's spokesperson on Health and vice-chairperson of the Public Accounts Committee, said he was delighted that the Department of Education had moved to pre-tender stage for the new Gaelscoil.

"This is fantastic news. The school will now pre-qualify potential contractors with a view to going to construction next year", he said.

"This is a fantastic school that I have worked with for many years. When I was Minister for the Environment I ensured that the school was out on the National Schools Capital Plan, which has resulted in this news.

"They have an brilliant principal and Board of Management led by Sean Carey.

"I look forward to this school being built on an excellent site in the centre of Clonmel and providing education for generations to come".