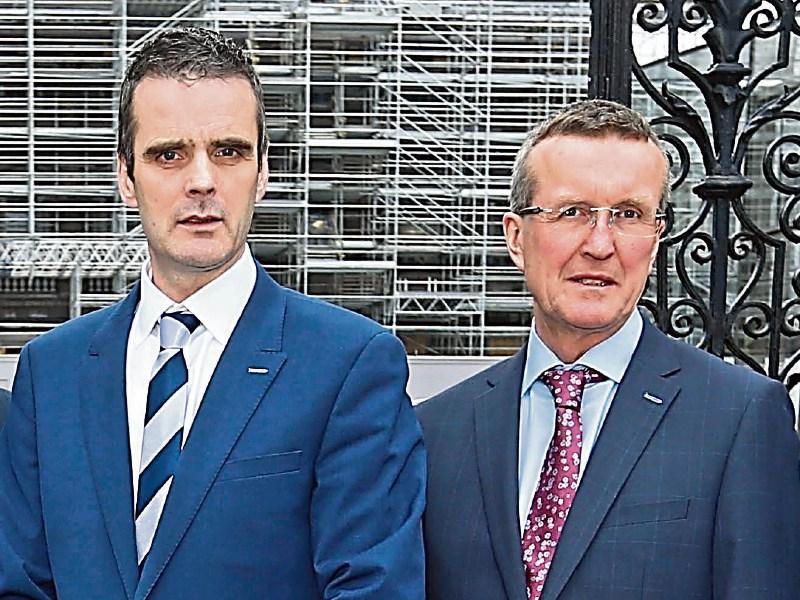 Despite improvements in the fodder crisis, the country's three main farming organisations have called for more to be done, including suspending farm inspections and financial support.

The ICMSA, IFA and ICSA all met Minister for Agriculture Michael Creed last week to discuss the ongoing fodder crisis and what was needed to relieve the situation.

Speaking after last Thursday’s meeting ICMSA president Pat McCormack said that they were disappointed the Minister had decide not to suspend farm inspections while the crisis lasts.

While progress seemed to be being made at the level of actual availability of fodder, they were also disappointed with the decision not to retrospectively include farmers who had sourced fodder between the 50km and 100km limits recently amended by the Minister.

Tipperary farmer Mr McCormack said that ICMSA had stressed those two areas which, he noted, were completely within the Minister’s powers to address.

“We focused initially on the need for the Minister to retrospectively amend the fodder scheme to make it more inclusive. There’s the question of securing the necessary shipping space for the fodder lorries as well as the obvious need for inspections to be suspended until some degree of farm normality is restored,” he said.

However, he pointed out that there were related issues that they also thought required attention because they were part of a “wall of problems” that was demoralising farmers and turning what was already a challenging period into a really difficult trial.

“We asked that the low interest loans be rolled-out as quickly as possible, and that banks and other credit institutions be instructed to treat farmer customers with the same degree of patience and flexibility that the banks themselves had been extended when they were in such profound difficulties a decade ago,” he said.

Mr McCormack also said that there was the “obviously unattainable” June 15 slurry spreading deadline for derogation farms and the “absolute need” for a co-ordinated plan that combined dairy with the beef and tillage sectors to try and guarantee fodder crops for winter 2018/19.

“The reality is that Irish farming is facing an unprecedented number of problems right now and is going to have to be nursed through what is going to be a very difficult period just up ahead,” said Mr McCormack.

ICSA president Patrick Kent has said he was disappointed that Minister Creed was “not moving heaven and earth” to introduce a low interest loan scheme for farmers.

“Cashflow difficulties are crucifying cattle and sheep farmers who have used up all their credit facilities at this point,” he said.

Mr Kent said that the latest advice from Teagasc to to get fertiliser out as soon as possible showed they failed to understand the extent of the precarious position many farmers were in.

“With credit limits already overshot buying in meal, many are unable to secure credit for fertiliser supplies,” he said.

Mr Kent said that small and medium sized farming enterprises had an immediate need for working capital and ICSA had impressed upon Minister Creed that working capital of up to €10,000 for as many farmers as possible demanded urgent consideration if farmers were to have any chance of coming out of the crisis in one piece.

Meanwhile, IFA president Joe Healy said that Minister Creed needed to recognise that the fodder crisis was not going away soon, and he must provide immediate financial support to farmers.

“While weather conditions have improved slightly in some parts of the country, the issues continue with livestock still housed. Farmers are facing significant additional feed costs and are under severe pressure. This is now a financial crisis as well as a fodder crisis,” he said.

IFA had consistently campaigned for a meal voucher system, but the Minister had refused to consider this, despite universal support for the proposal, one of the few positive recommendations from the Fodder Action Group convened by the Minister at the back end of last year, he said.

“If Minister Creed is going to continue to refuse to consider this proposal, he needs to come forward with a proposal to provide immediate financial support to farmers on the ground,” said the IFA leader.

While welcoming the news that fodder was now coming into the country, Mr Healy said that there was a need to increase the amount coming in and ensure it was available to all farmers, regardless of their enterprise and the scale of their operation.

Mr Healy also welcomed the Minister’s confirmation that the €1.5m allocated for the fodder import scheme was a budget estimate and will be increased if required.

IFA said that among the measures that required urgent attention were a straightforward scheme to support all farmers; the suspension of all inspection on farms, and that Bord Bia suspend all Bord Bia farm audits; that all outstanding payments under the various schemes, including GLAS and Sheep Welfare, must be made to farmers as a matter of urgency, and that the Department must roll out its low cost loan package, as committed in the most recent Budget, as a matter of urgency.