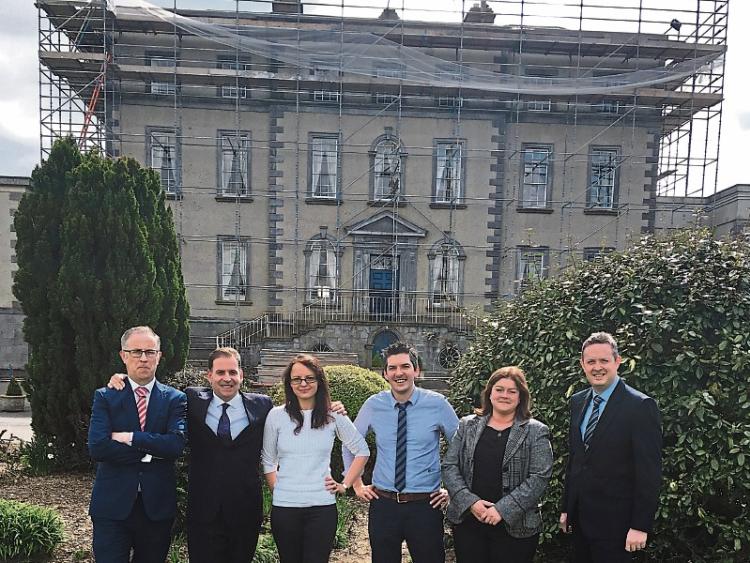 Planning applications proposing a €10m upgrade of one of Tipperary's most high profile hotels and the construction of a whiskey distillery on its grounds creating more than 100 jobs are to be submitted next month.

He is planning to invest €5m in transforming the hotel from a Three Star grade to Four Star Deluxe with the new €5m Tipperary Boutique Distillery as a major new tourism attraction for the county.

All going well with the planning process, the revamped hotel and golf course and Tipperary Boutique Distillery will be up and running by May next year.

"We want to make Dundrum the Mount Juliet of Munster," said Mr Leo. "We want people to come and stay here for two to three days and visit the Rock of Cashel, Clonmel's proposed Bulmers Visitor Centre, the Fethard Horse Country Experience and other tourist attractions in the county."

He said he purchased Dundrum House Hotel because he believes it has huge potential.

"It's one of a kind. You won't find anything else like it in the area locally. It just has all the ingredients to be a phenomenal place. It just needs that bit of tender loving care. We are 100 per cent committed to making this work. It's going to be a very exciting venture."

The €10m investment is a major upturn for the hotel and resort's fortunes. The hotel, formerly owned by the Crowe family, has been effectively closed to guests since a fire caused serious damage to it in September 30, 2015. The golf course, clubhouse and holiday homes have continued to operate. Mr Leo purchased the 18th century country house hotel on  200 acres two years ago. It is now part of a new hotel group called Clann Hospitality, a wholly owned subsidiary of Steelworks Investments Ltd.. The hotel group, led by Darrell Penney, also includes the 4 Star Pillo Hotel & Spa in Ashbourne, Co. Meath and 4 Star Celbridge Manor Hotel in Co. Kildare.

Dundrum Hotel, Golf & Leisure Resort's new General Manager  Richard Nolan said work is already underway to refurbish the hotel's 68 bedrooms. He hopes to have the main rooms open at the end of August/early September. It's also planned to redecorate the hotel's golf clubhouse and 22 holiday apartments and homes.  The function room will be upgraded and revamped to accommodate a capacity of 350 guests, making it the biggest hotel function room in the county for weddings, conferences and other functions.  It's hoped to start work on refurbishing the function room in the autumn, have it open by May next year and hosting its first weddings a month later.

Work has also begun on giving the golf course a facelift.  "We are investing heavily in the golf course and it's our aim that it will be in the top 50 in the country within the next year and a half," said Mr Nolan.

The investment will involve an upgrade of the golfcourse lay out under the supervision of  Terry Jeffreys, one of the country's top golf course shapers, who has worked on the Fota Island Resort Golf Course among others.  There will be drainage and bunkers upgrade programmes, the purchase of a new fleet of golf buggies, mowers for greens and fairways and other grass care equipment. Alongside this, John O'Dwyer, who runs well known golf shops in Clonmel and Co. Kilkenny, has opened a shop at Dundrum House in the past few weeks. Mr Nolan said they will be only the second golf course in the country to invest in Segway Carts in a bid to attract younger golfers.

Dundrum House Golf Club currently boasts more than 500 members and according to Mr Nolan that membership is growing steadily this year as news spreads about the improvement plans for the golf course.

Dundrum House Hotel's Sales & Marketing Manager Sandra McGrath said they are ramping up a major marketing campaign to sell the hotel as Munster's premier venue for weddings and golf outings for next year.

The hotel will next week start taking wedding reception bookings for 2019.

The hotel and golf course currently employs about 40 staff and Mr Nolan said that will increase to about 145 staff by the time the hotel is fully up and running again.

He has just increased the number of staff working on the hotel's golf course's greens maintenance team and is starting to recruit  new staff for the hotel.

Central to the hotel's rejuvenation will be the development of the Tipperary Boutique Distillery that is being spearheaded by the new distillery's MD Jennifer Nickerson.  It will produce the first whiskey from barley grown, harvested and distilled in Co. Tipperary in 200 years and is expected to employ about 15 staff in addition to the extra staff recruitments at the hotel and golf course.

Mr Leo pointed out that they will be tendering for all the work on the renovations on the hotel and resort within the local community right down to the carpenters that will work on the project.