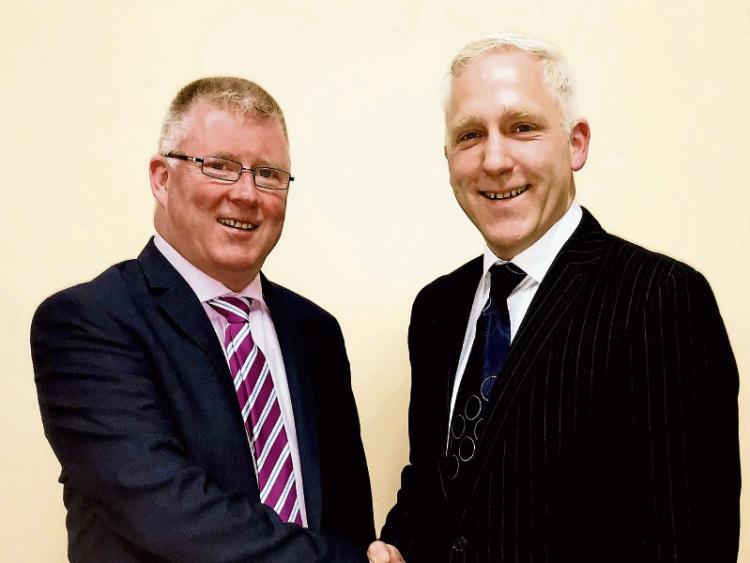 Martin Lynch is the new President of the Cashel Chamber of Commerce, he was elected on Saturday night at the Chamber’s AGM. Outgoing President, Aiden Hynes summed up the achievements of his three year tenure, highlighting the continuation of the Rock Voucher Scheme, substantial investments in the town’s Christmas Lights, he told the meeting the membership had grown by 160% in those three years, Adding the Chamber was in a healthy financial state going forward. He thanked chamber members for their help, support and hard work over the past three years and wished Martin Lynch well in his new role.

Martin thanked Aiden for his service to the Chamber and said he was eager to seethe Chamber grow and for businesses to prosper in the town. He welcomed new and old businesses to come on board for the year ahead.