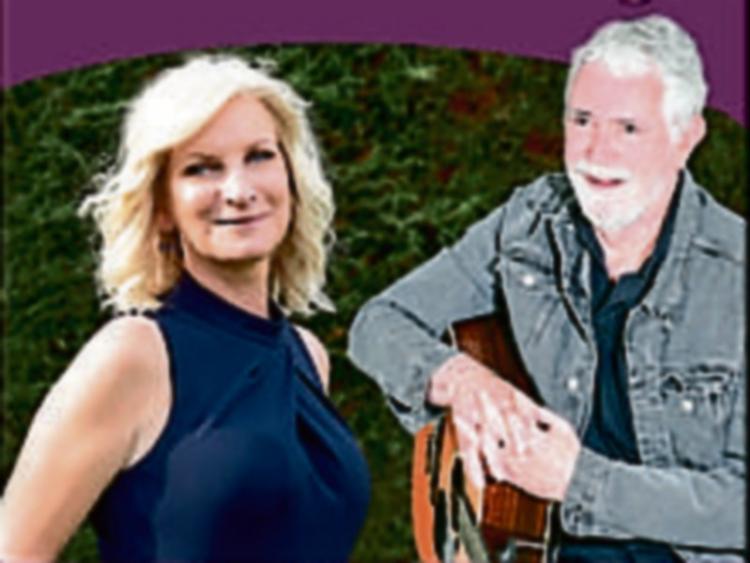 Eleanor Shanley and Charlie McGettigan are in concert in Brú Ború this coming June.

The people of Tipperary are in for a very special treat as two of Ireland’s most talented performers come to play at the foot of the Rock of Cashel in the beautiful Brú Ború Theatre Cashel on Friday 29th June.

Eleanor Shanley still possesses a voice as pure and lyrical as the first day she stepped in front of a microphone with De Dannan in 1990. Renowned for her unique interpretation of Irish and Roots songs, Eleanor has been critically acclaimed throughout Europe, Australia, China, Japan and the USA. She fondly remembers her collaborations with the late Ronnie Drew whom she regarded as a dear friend. She recorded two albums with Ronnie, A Couple More Years and El Amor De Mi Vida which proved to be hugely popular.

Multi-talented singer and songwriter Charlie McGettigan whose hits are almost too numerous to mention such as Feet of a Dancer, A Bed for the Night and If Anything Happened to You. Charlie joined forces with Paul Harrington in 1994 to win the Eurovision Song Contest with the hugely popular Rock N Roll Kids. They are both excited about performing in Cashel and having this opportunity to play an intimate concert to their many friends and fans. Don’t miss this unique chance to reminisce with Eleanor and Charlie and hear their unique stories and their many wonderful hits.

Meanwhile, Cashel Day Care will hold a fund raising concert with Louise Morrissey, The Ryan Turner Band, Garry Gamble (Daniel O Donnell tribute) and local favorites MC Jimmy O Farrell and singer Orla Hickey on Wednesday 13th June at 8pm. This is sure to be a fantastic night of entertainment with tickets €25 each.