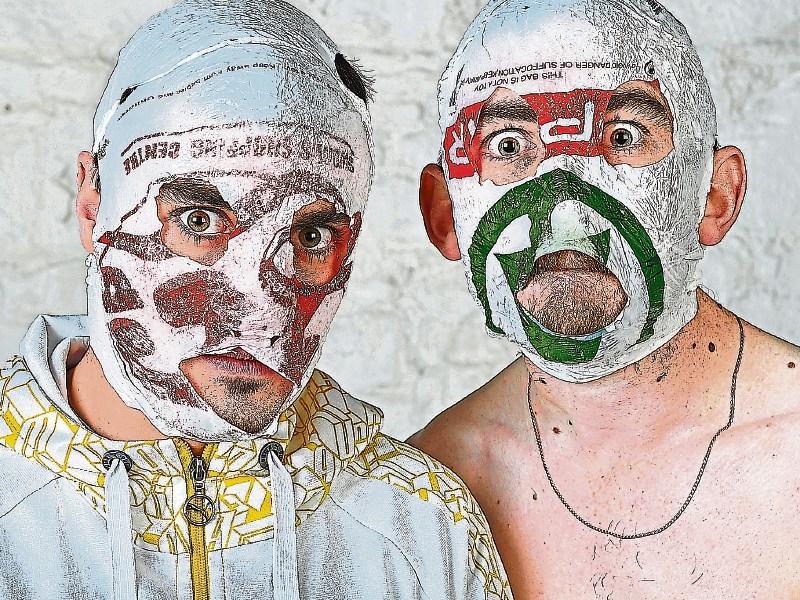 A Nenagh man told the local court that he had used a “Rubberbandits gesture” at two Gardai dealing with a defendant outside the courthouse.

Stephen Donnellan, with an address given as 24c Ormond Drive, Nenagh, denied threatening, insulting and abusive behaviour at O'Rahilly Street, Nenagh, on October 12, 2017.

He also denied being intoxicated in public on the same date and in the same location.

Garda Richard Kennedy said he was on duty outside the courthouse with Garda Martin Concannon dealing with a prisoner at 10.35am on the day in question

He heard a voice shouting: “you f***ing w***ers, and saw Mr Donnellan use a two-finger gesture.

He went towards Mr Donnellan, who “took off running”.

He said Mr Donnellan appeared to be intoxicated.

Cross-examined by Elizabeth McKeever, for Mr Donnellan, Garda Kennedy said there had been a number of people waiting to go to court but Mr Donnellan was across the street outside Nenagh Arts Centre.

When Ms McKeever suggested Mr Donnellan was about 50 metres away and could not be heard, Garda Kennedy replied: “It was exactly 83 feet away.”

He agreed that half of what Mr Donnellan had shouted had been incoherent.

Ms McKeever put it to him that her client had shouted “Martin” at Garda Concannon, but Garda Kennedy said he had not heard that.

He also denied running down the courthouse steps at Mr Donnellan, saying: “If I had run, I would have caught him. He was unsteady on his feet.”

Garda Concannon said his attention had been drawn to a number of people on O'Rahilly Street and he saw Mr Donnellan make a number of gestures and called them “w***ers” and “d***heads”.

He told Ms McKeever this had been done in an aggressive manner.

When Ms McKeever put it to him that Mr Donnellan had called out his name, Garda Concannon said: “You can't be arrested for calling someone by their name. He had no reason to run.”

In his direct evidence, Mr Donnellan told the court he had not been drinking and was not on any medication at the time.

“I was with my girlfriend and my cousin, and we were going to the bookies,” he said.

At O'Rahilly Street, he said saw Garda Concannon and “I roared Martin”, he said.

He demonstrated the gesture to the court by putting the palm of one hand in front of his face and making a one-fingered gesture behind it.

Cross-examined by Insp Seamus Maher, Mr Donnellan said he had shouted at the Gardai because he was “in a good mood”.

He didn't verbally abuse them and didn't think the gesture was offensive.

“I shouted at Martin,” he said.

Ms McKeever told the court her client, who has 46 previous convictions, had always pleaded guilty but denied these charges.

“It was a bit of banter and possibly ill-advised to do on a busy day for the Gardai. The gesture was a bit of fun but the Gardai could take it otherwise,” she said. “Unfortunately, the Gardai are subjected to daily abuse.”

Judge Elizabeth MacGrath struck out the charge of being intoxicated in public as it would be unsafe to convict, but found Mr Donnellan guilty of threatening, abusive and insulting behaviour.

In mitigation, Ms McKeever said the defendant was known to the court and had had a “difficult past with a lot of tragedy”.

Judge MacGrath said she would strike out the charge if Mr Donnellan paid €100 to the Garda Benevolent Fund before July 24, 2018.