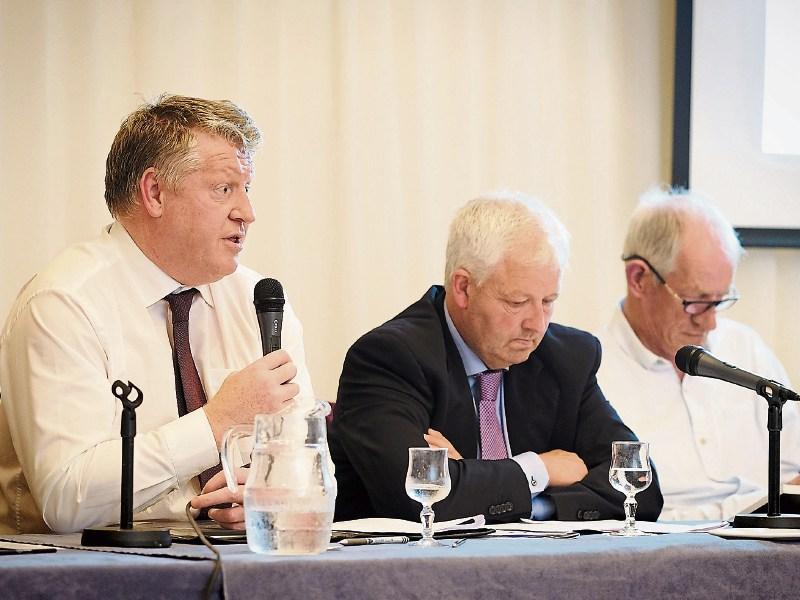 Arrabawn suppliers have been told that sustainability and the environment must be prioritised if we are to avoid expansion issues experienced in the likes of New Zealand and Holland.

Speaking at the agm of the co-op CEO Conor Ryan said that the environment is going to be central to conversations around dairying going forward.

“We are going to be hearing a lot about sustainability and the environment going forward and within this area, water quality is going to be a major focus,” he said.

“If we are to avoid the situation that Holland finds itself in today where they have to reduce their cow numbers by 160,000 cows, we are going to have to be very proactive and responsible for water quality issues,” he told members.

The CEO said that Arrabawn sees this as such an important issue that it is currently training up staff to help farmers with water quality testing and other related matters.

“It’s about being aware of our responsibilities. It’s not just Holland; New Zealand, the world’s largest milk producing nation, has had some difficulties in this area also and they are paying the price for that today. My advice is that the day of not prioritising the environment is over. You must respect it and avoid a situation where it comes back to bite you.

“We’re in the midst of significant milk expansion on this island and we need to do it in a very sustainable way,” he said.

With regard to Arrabawn’s performance last year, Mr Ryan said it was a solid year.

“The ingredients business had a really good year, particularly with an exceptional return on the price of butter. We also saw better efficiencies delivered at the plant arising from an ongoing investment programme and that is helping deliver better returns.

“Liquid milk market was competitive in 2017 primarily due to the fact of unforeseen raw milk price increases. The agri-business division had an exceptional year with high volumes and good trade in our agri-stores,” he said.

The past year was also, he said, another significant one for Arrabawn on the investment side.

With regard to its liquid milk plant in Kilconnell, most of its planned investments are completed or nearing completion, including a new warehouse and car park, while the effluent plant has been future proofed.

With regard to the production facility in Nenagh, it got the bulk of the investment, including a €3m upgrade to the effluent plant, work on the evaporator, and increased capacity on both driers, which also delivers extra capacity for future growth.

“Our reason for expansion is not to do so just for the sake of it but to add more value to the business and get better returns for our farmers. In the long term we should build a plant that is capable of processing all the milk comfortably and returning the best price,” he added.

With regard to where milk price is going, he said that while 37.5 cent was the average last year we are looking at an average price in the low to mid-30s this year.