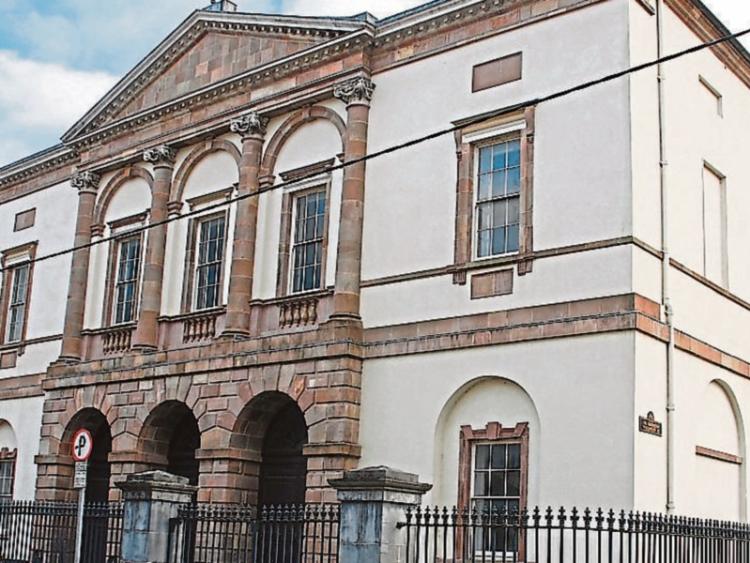 A 27 year-old man has received a six and a half year jail term with the final two years suspended for the burglary of a house near Carrick-on-Suir and for possessing property stolen from four premises.

Judge Tom Teehan imposed the sentence on Ross Outram of Ferryland, Waterford Road, Clonmel at Clonmel Circuit Court last Thursday for the burglary of the home of Ian Downie at Seskin Hill, Carrick-on-Suir on February 22/23 last year and possession of stolen property from four other premises at his home on February 27 last year.

Outram pleaded guilty to all the offences.

The court heard he is already serving a two and a half year prison sentence imposed at Clonmel Circuit Court last December for assaulting and harming a Gda. Michael O'Dwyer at Ferryland, Clonmel in December, 2016.

Gda. Damien Ryan gave evidence that the burglary of the house at Seskin Hill, Carrick-on-Suir occurred between 2pm on February 22 and 10am on February 23 last year.

Assorted bottles of bottles of liquor the owner collected on his travels abroad as a sales man, €20 cash and sundry items were stolen from the house. The total value of the property taken was €1562.

Gda. Ryan said  Gda. Slattery examined the crime scene and took blood swabs found on glass at the house and placed them in a tamper proof evidence bag.  Forensic analysis of the blood sample showed the DNA profile of Ross Outram. A warrant was issued and Outram was brought from Cork Prison to Tramore Garda Station for interview where he made certain admissions.  The owner of the house went on holidays the day before the break in occurred so the house wasn't occupied when Outram entered.

Gda. Ryan confirmed that none of the property stolen from the house was recovered and the owner hadn't received any compensation.

Det. Gda. Martin Houlihan told the court he received a report on February 26 last year that a shed belonging to mechanic Garret Thomas at Nine-Mile-House was burgled and €700 worth of tools were stolen from it while he was away on holidays. The following day a search was conducted of Outram's home at Ferryland, Clonmel in relation to a separate matter and the stolen property from Mr Thomas' premises ranging from drills and angle grinder to a compressor were found.

Det. Gda. Houlihan said Outram was on bail when he committed these crimes. He had 27 previous convictions including offences ranging from theft and handling stolen property to road traffic, drugs possession, assault, public order and criminal damage.

Defence barrister Edward O'Mahony BL said his client wrote letters of apology to each of the four crime victims and handed them to Judge Teehan.  He described the burglary of Mr Downie's home was an opportunistic crime. As the house was vacant at the time, he argued it was at the middle to lower level in the scale of gravity.

He outlined that Outram had a very poor start in life. His parents separated when he was two years old and he was raised by his grandmother, who died of a heart attack at the age of 56 when he was only 14 years-old.  Her death had a major negative and destabilising impact on his life.

"He left school at the age of 15 and it coincided with the birth of his drug habit. He began to smoke cannabis."

After leaving school, Outram tried to make a go of his life and embarked on a four year apprenticeship in panel beating, which he regrettably dropped out of in his final year.  He was on the dole for two years and at the age of 22 he went to Australia and stayed there for three years working on dairy farms.  He was unable to obtain a visa to stay in Australia and returned to Ireland where he worked for a period in farm relief services managing dairy farms around Munster during holidays periods.

Mr O'Mahony said there was an escalation in his client's criminal offending when the farm work fizzled out and his drug addiction worsened.

The barrister submitted that his client had been in custody since March 22 last year and intended to take steps to address his addiction problem and to rehabilitate himself in prison.

Judge Teehan said the outstanding aggravating factor in this case was the number of Outram's previous convictions for theft offences and the serious offence for which he was sentenced last December.

He was mindful that the theft of items like work tools from premises was very prevalent throughout rural Ireland and noted that burglars would have far less reason to steal such items if there weren't people prepared to take possession of them.

He gave credit to Outram for his guilty pleas, admissions to gardai when he was questioned and the letters of apology he had written, though he noted they had come late in the day.

Judge Teehan suspended the final two years of the jail term on condition Outram sign a bond to keep the peace and be of good behaviour for two and a half years from his release date,engage with the Probation Service and refrain from ingesting alcohol or drugs.  He expressed the hope that Outram would start addressing his addiction problems.