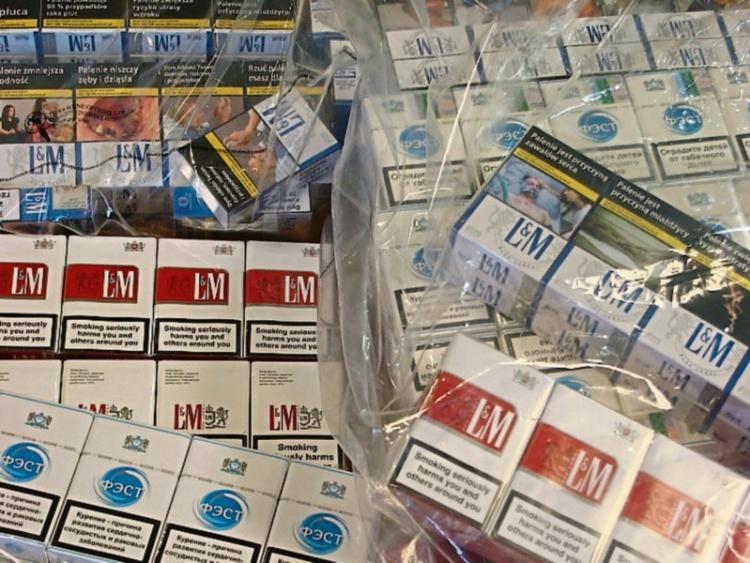 Customs officers who executed a search warrant on the Clonmel home of a Polish emigrant found 61,280 smuggled cigarettes stashed there, Clonmel Circuit Court was told.

The cigarettes were found in the home of 47 year-old Stanislaw Kubala of 12 Prior Park Green, Clonmel, who received a nine month suspended jail sentence at the court for keeping these cigarettes at his home address on November 22, 2016 for the purpose of sale or supply to others. The meat factory worker pleaded guilty to the offence.

Customs officer Martin Coleman told the court he executed a search warrant at Kubala's home at Prior Park and 61,280 cigarettes were found at various locations in the front bedroom, sitting room and another room.

The estimated value of the cigarettes was €33,699.40 and the revenue at risk was €27,173.08. When interviewed under caution, Kubala said people he had met convinced him to buy the cigarettes. He went to Poland to purchase the cigarettes. He had no idea what he was getting himself into and was physically attacked and threatened. He said it was a once off and he didn't sell the cigarettes.

Defence barrister Ed O'Mahony asked him were the people who placed Kubala under duress Polish nationals? Mr Coleman said Kubala told him they were Russian or Latvian.

Mr O'Mahony said his client was socialising in Clonmel and passed by a group of Russian speaking people. They were talking about making some money. He received a lift home from one of these individuals. This person waited outside work for him two days later. That was when matters took a dark turn, the barrister explained.

What started as encouragement turned into harrassment and assault. Kubala was assaulted on two separate occasions. He was threatened and constantly harassed. He spent €10,000 in purchasing the cigarettes using his own money.  He expected the cigarettes would be collected by these individuals but he was apprehended before this collection took place.

Mr O'Mahony said his client went to the garda station on a Friday with a friend, with better grasp of English, to report one of these assaults and was told to return on the following Monday because they didn't have time and weren't in a position to take a statement.

"My instructions are that he did not believe the gardai were taking him seriously. He felt he ahd no option but to comply with the request of these unnamed individuals."

The barrister said there was very little criminal ingenuity involved in this operation. The  attention of Customs  was drawn to a package addressed to Kubala that was detained at Shannon Airport.

He pointed out his client co-operated fully with the investigation to the best of his ability taking into account the language barrier. He also pleaded guilty to the offence at the earliest possible date.

Mr O'Mahony also argued the court should interpret the loss in tax revenue from these cigarettes as a "virtual loss" as no sale transaction took place after their entry into this country.

In relation to the defendant's background, he outlined that Kubala was a single man with no children. He first came to Ireland in 2007 and worked here for a number of years before returning to Poland in 2011 where he set up in business as a builder.

The business was successful and in 2013 he was in a position to return to Ireland with €40,000 savings.  As well as spending so much of his savings on cigarettes, the individuals who coerced him also extorted money  from him.

Mr O'Mahony said Kubala now worked in a meat factory in Fethard where he was paid the minimum wage.  His financial means were now extremely limited and the barrister urged the court to take this into account when assessing penalty.  Mr O'Mahony submitted to the court his client's P60, which showed his total income was just over €15,000.

The barrister also informed Judge Teehan that his client was involved in a motorcycle accident on April 23. He was on crutches and not in a position to work. He argued that this was not a case that warranted a custodial sentence and requested the judge to adjourn it for a lengthy period to allow his client save money.

Judge Teehan said the main aggravating factor in this case was the quantity of cigarettes found in Kubala's possession but he regarded it as being at the lower end of the scale of such offences.

He took into account his plea of guilty and  regarded the duress brought to bare on Kubala as a significant mitigating factor. He hadn't any previous convictions, was someone with an extremely good work record and at a low risk of re-offending. He had also lost a considerable amount of money through his involvement in this scheme.

The Judge also said he considered Kubala's involvement in this operation to be "amateurish in nature".

"All the evidence points to him not being a hardened criminal and used to dealing with such transactions."

He suspended the nine months prison sentence for nine months on condition Kubala entered into a bond to keep the peace and be of good behaviour.

Judge Teehan added that he was concerned about the interaction between the Russian or Latvian nationals with Kubala and he had no doubt the gardai would take this matter seriously if they were aware of it. He suggested  a garda sergeant present in court could take a statement of complaint from the defendant as there was an interpreter present.