Tipperary heritage: Lorrha group Sceal has a tale to tell about local history 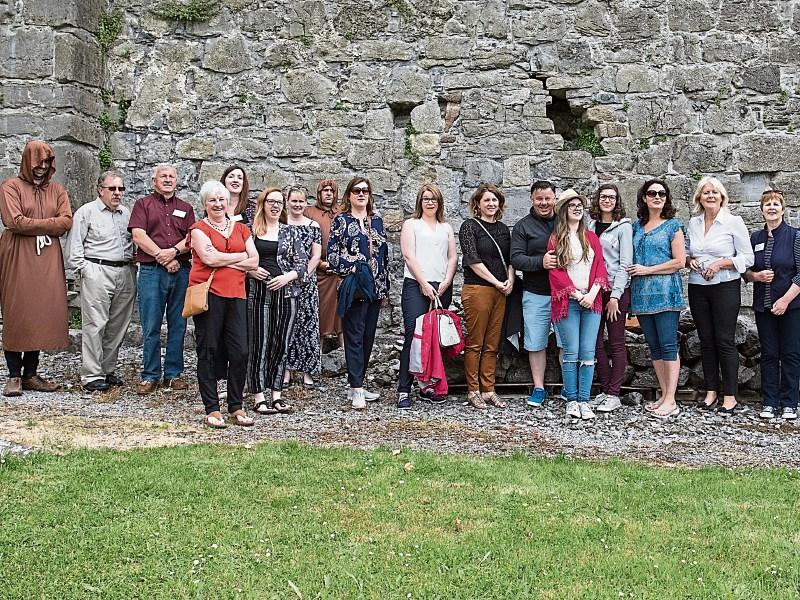 Some of the Sceal group in Lorrha

This involved highlighting local produce, tours, restaurants, and activities to interested parties from the tourism and hospitality industries as well as representatives from the council, in order to raise awareness for future marketing and funding prospects. Further promotional days for the general public will announced in the coming months.

Lorrha is the meeting point of Munster, Connaught, and Leinster, ,and where St Ruadhan, one the Twelve Apostles of Ireland, set up his monastery in the 6th century.

It is also the home of Scéal Community Shop, Tea Room, Craft, and Heritage Centre, which was founded in 2015.

Outside Lorrha village there is much more to see including two tower houses, Redwood Castle and Lackeen Castle. Lorrha and Dorrha parish also boasts a rich natural habitat of bogland, rivers, and lakes. It is a nature enthusiast’s paradise and is situated on the Ormond Way walking route, which is part of the Beara Breifne Way. For cycling fans, Lorrha is also home to the Fat Friar Way which offers 48km and 25km routes around the area.

CllrGer Darcy praised the community efforts of the group, stating that attracting tourists has been an ongoing issue in North Tipperary, but utilising and engaging with projects such as the Beara Breifne Way and Ireland’s Hidden Heartlands can only help to improve this.

Cllr Darcy continued that “in general, people are more conscious of Lorrha’s rich ecclesiastical history than they used to be.”

Councillors Michael O’Meara and Joe Hannigan spoke with the group and praised the progress and work of the committee.

Neighboring Galway TD Anne Rabbitte said she was delighted to see the progress being made in Lorrha.

Deputy Rabbitte attended the first community meeting for this group in Lorrha Hall and took away from it that “this is a people with a lot of energy, commitment, and love for their parish.”

She emphasised that Lorrha was a hidden gem and that “we should be proud of what we have and do what we can to attract visitors to the area.”

Senator Grace O’Sullivan spoke of the importance of local storytelling to an area’s history and heritage. Tourists want to meet local people and hear local stories, the community shop in Lorrha is an ideal hub for this.

Deputy Jackie Cahill also visited the community shop and praised all involved in the initiative, while encouraging others to visit this historic location.

Guests did a tour of Lorrha before visiting Redwood Castle and taking a trip on the River Shannon.

It is hoped that promotional events such as this will raise the profile of Lorrha and Dorrha as a tourism destination and help boostfootfall.