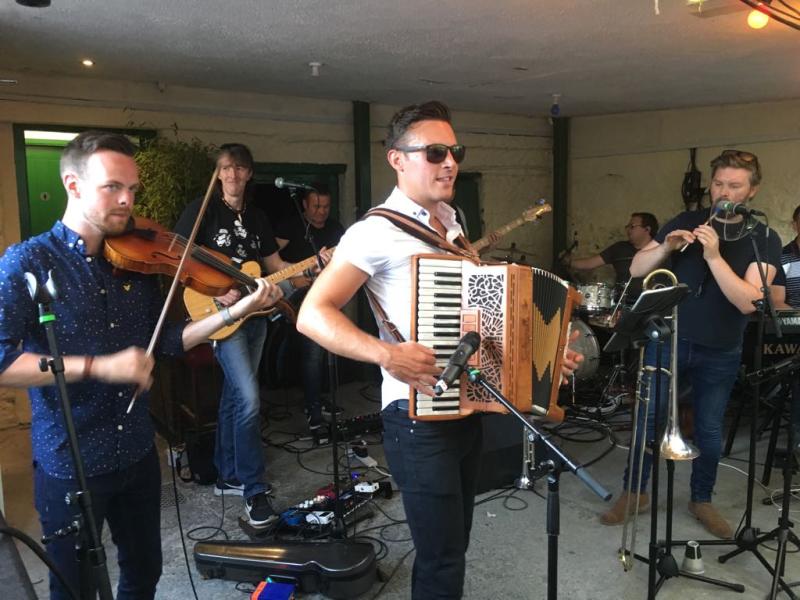 Country crooner Nathan Carter performed a secret gig in a pub in Nenagh on Monday night for a select number of fans, one day after performing a sold out show in front of thousands in the Marquee in Cork.

The Liverpool born singer played a number of songs, and happily posed for the obligatory fan selfies, in Una Powell's pub in Nenagh on Monday night where he was on hand to help officially open Bistro 41 restaurant in the town. And winner of the Nathan Carter Search for a Star contest Chantelle Padden from Belmullet in County mayo also joined the singer for a couple of numbers.

No stranger to the premier county, Nathan will soon be appearing at the Cut Loose music festival in Holycross on July 15th where he will headline the one day festival alongside a stellar lineup of artists including Derek Ryan, Jimmy Buckley, Michael English, Cliona Hagan and Louise Morrissey.