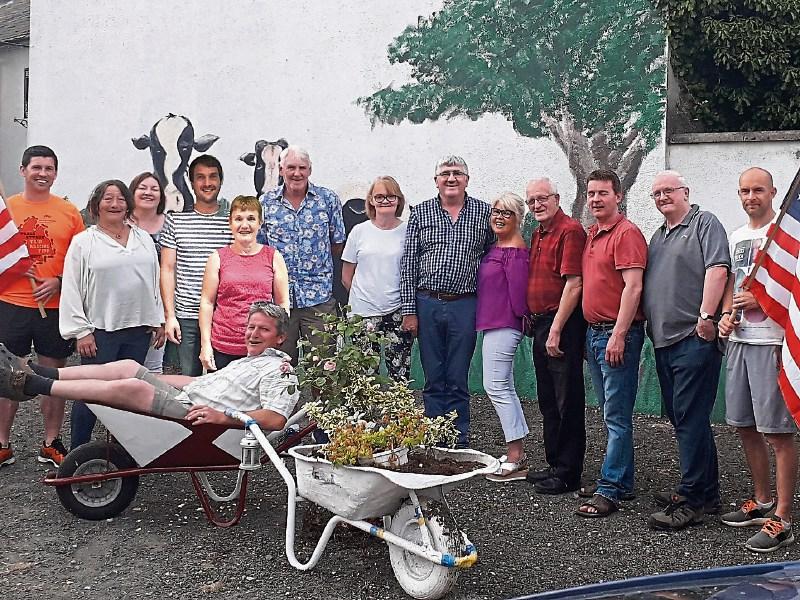 Festival committee members pictured at the launch of Borrisoleigh Festival 2018

The International Wheelbarrow Extravaganza returns again this year to Borrisoleigh Festival which takes place on July 21 and 22.

The competition is open to everyone to submit their modified wheelbarrows to be in with a chance to win some great prizes. Your imagination is the only limiting factor in this unique competition!

A host of other events and entertainment is lined up for the weekend. The Festival will be officially launched on Saturday at 7.45pm. DJ Matt Ryan will entertain the crowds until the runners from Borrisoleigh Track Attack participating in the 500km Presidential Run relay that takes in the ancestral homes of American Presidents namely Ronald Reagan (Ballyporeen), John F Kennedy (New Ross) and Barack Obama (Moneygall) arrive back around 8.00pm-8.30pm. Funds raised from the Presidential Run will go to the ASD Unit of Scoil Naomh Cualan in Borrisoleigh, Teach Saoirse (Enable Ireland) in Nenagh and Track-Attack.

This will be followed by live music in The Square by The Shakes from 9.30pm til late.

Sunday sees the Bush and Briar Ramblers taking to the hills at 9am. Registration for the walk is at 8.40am. Entertainment in The Square begins at 2pm with the Wheelbarrow Parade when all the entries will be taken on a short parade. Get yer boots on at 2.30pm with Line Dancing until 4pm. This is followed by the hugely popular Social Dancing with Phil Maher’s Band. The young duo Dufrane take over at 6.30pm until local legends Silver Dollar take over at 8pm til late.

There’s plenty for all ages happening in and around the Community Centre. The Laughter Yoga for adults and Children’s Yoga are expected to fill up fast. Avoid disappointment by texting or phoning 087-6476278 to secure a place. A willow wheelbarrow workshop will be ongoing from 2pm to 6pm. Children’s entertainment includes Bouncy Castles, Disco Dome, Galdiators, Hook a Duck, Milk a Cow and lots more. There will also be a BBQ to satisfy your hunger during the day.

Entries to the Wheelbarrow Competition are now being sought. Full competition rules will be put up on Facebook and the website www.borrisoleighfestival.com. There is fantastic scope for individuals, community groups and businesses to come up with their own unique designs, decorations and modifications. Whether you want to make a wheelbarrow from old pallets, show off your prize petulas, decorate in your club colours or add solar panels and gadget charging stations to your wheelbarrow, the choice is up to you and the fame and glory is yours for the taking!

The wheelbarrows will be on display to the public on Sunday, July 22, when the judging will also take place. The Festival committee would like to thank everyone who has helped out with the planning and organisation of this year’s event and to all the businesses who have sponsored the booklet, without whom the event would not be possible.