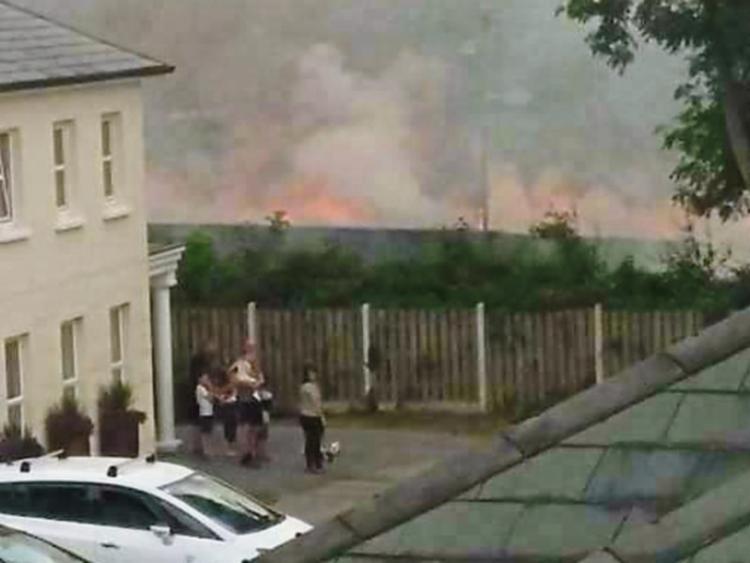 Photo submitted to Co. Tipperary Fire Service of the grass fire in a field near the Longfield Estate, Clonmel.

Fire fighters were called out quench a grass fire in a field dangerously close to a housing estate on the outskirts of Clonmel yesterday (Wednesday) evening.

This photo, posted on Tipperary Fire Service's Facebook page, shows how close the fire was to the Longfield Estate off the Cashel Road.

A Fire Service spokesman re-issued an appeal to the public to be vigilant and fire safety aware during the current heatwave. He said in certain cases glass bottles or cigarettes discarded by people can cause these fires.

He advised anyone who sees a fire to call 999 or 112 and report it. "Getting to these fires as quickly as possible can make a huge difference in how far they spread and the damage caused," said the spokesman in his Facebook message.