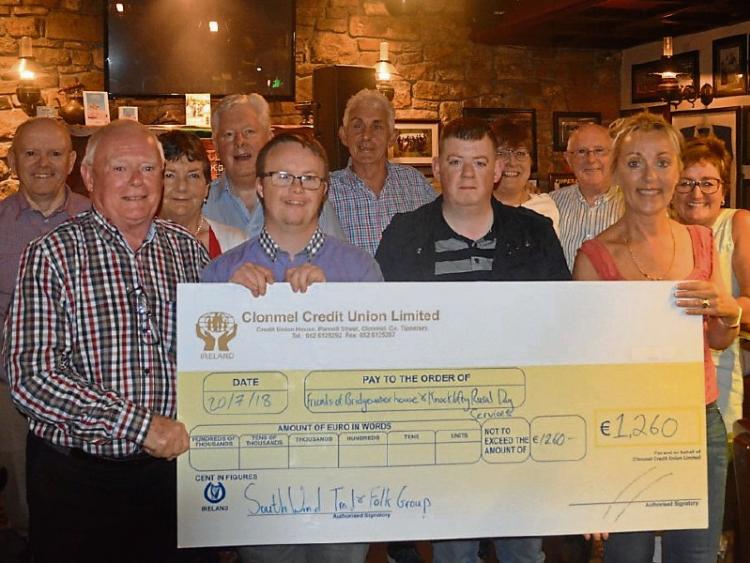 Clonmel traditional music group South Wind who gave up their time on Saturday, 16th June, busking at two different locations around the Clonmel, last week handed over a cheque for €1,260 to the Friends of Bridgewater House charity.

Our presentation picture above shows:

On the Saturday morning South Wind played at Super Valu at the Poppyfields, and then the same afternoon they headed over to Tesco Supermarket on the By-Pass, to continue to entertain the shoppers. And the public responded very generously in appreciation of their traditional music and fundraising efforts.

The self-described “mature” music group, South Wind, undertook the gigs to help with fundraising for the Friends of Bridgewater House and Knocklofty Rural Day Service.

The “Friends” were formed mainly by the parents of children and young disabled persons who attend both premises.

Funds raised are used primarily top provide a well-deserved summer holiday for those who attend the centres and also, when funds allow, to attend the occasional concert in Dublin, Cork and elsewhere. The benefits of these little extras are priceless to the children and young adults, and the appreciation, in return, immeasurable. The group wish to thank all those who supported them on the day and attended the cheque presentation in Moynihans.