Next stage of Silvermines hydro-electric project due to get underway 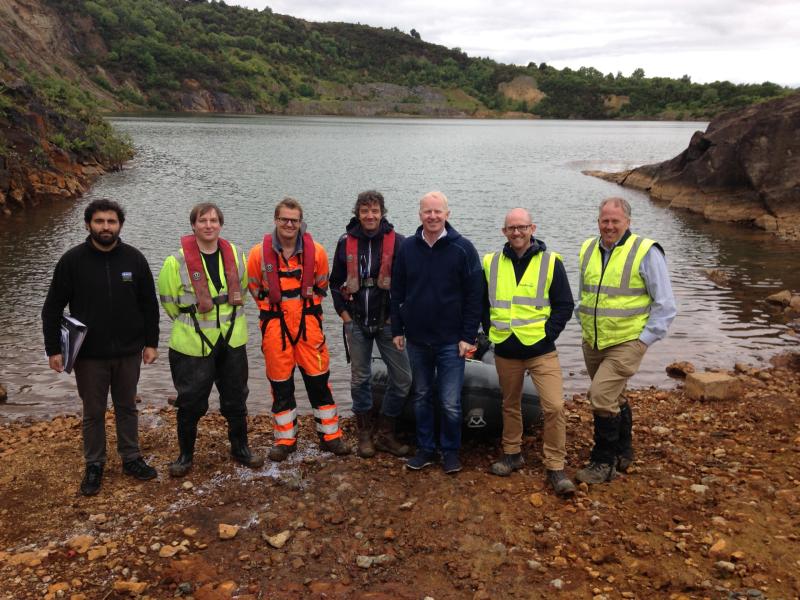 Site investigations are due to begin at the Magcobar pit, Silvermines this autumn in order to provide valuable scientific data for the proposed hydro-electric pumped-storage facility at the site.

The investigations will be carried out by Siga Hydro in partnership with the pan-European research consortium VAMOS.

VAMOS has developed new, safe and clean technologies for the extraction of rock, monitoring of environmental conditions and geo-technical investigations in flooded mine sites.

The project is funded by the European Commission and includes industrial partners and geo-scientists from across Europe.

Siga Hydro announced plans in early 2016 for a pumped storage hydro electric power station in Silvermines, and continues to progress and develop the project.

Siga Hydro has commenced the next phase; which will include targeted geo-technical investigations, hydro-geological studies and market analysis to enable the detailed plant design and planning consent stages.

Darren Quinn, managing director, Siga Hydro stated that "working with VAMOS will enable us leverage the latest technological advancements to complete detailed site investigations, which will in turn support the plant design and optimisation. In addition, VAMOS have a wealth of experience and knowledge gained from working on similar mining sites across the world."

The VAMOS innovative technology was previously deployed at a test site in Lee Moor, Devon, in 2017.

Data regarding the ground conditions at the test site was collected using the on-board cutting and dredging tools as well as simultaneously monitoring the water composition.

During the first round of testing valuable environmental data regarding the conditions at the test site were collected.

The field tests carried out by VAMOS will meet all health and safety, and environmental legislation and protocols, in line with both EU and national legislation (and policies).

The investigations planned for Silvermines will be the last in the series, as the VAMOS project concludes in January 2019.

It is hoped that the investigations will provide valuable scientific data for the proposed hydroelectric pumped-storage facility at the site, as well as useful information on the effective integration of various technologies for a number of underwater applications.