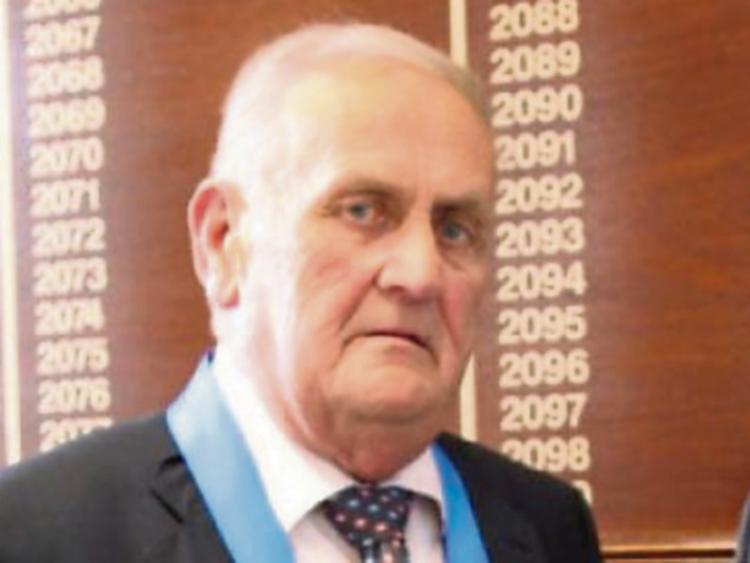 The late Cllr Eddie O'Meara, whose son Kevin has been co-opted onto Tipperary Co. Council to take over his seat.

Kevin O'Meara has been unanimously elected to take over from his late father Cllr Eddie O'Meara on Tipperary County Council.

Cllr O'Meara's untimely passing, after illness, resulted in his wife Josephine temporarily holding the seat in keeping with Cllr O'Meara's wishes. However, Kevin O'Meara will represent the people of Mullinahone on the Council going forward and he was welcomed warmly by all members of the local authority this morning having been proposed by Cllr Micheal Lowry and seconded by Cllr Louise McLoughlin.

Warm tributes were paid to the late Cllr Eddie O'Meara for his contribution to local government, and also to Cllr Josephine O'Meara who was faced with the difficult task of taking on the vacated seat for a short time. Cllr Kevin O'Meara told members that his father was proud to have won four elections and had every intention of standing for a fifth next year. However, it was not to be and he now looked forward to following in his fathers footsteps and representing the people as best he can.

The support of the council was pledged to the new Cllr O'Meara by the Chief Executive Officer, Mr Joe MacGrath who said that he looked forward to working with him going forward.

Chairman of the County Council, Cllr Mattie Ryan said that it was a proud day for Cllr O'Meara and his family, though a day tinged with great sadness too.