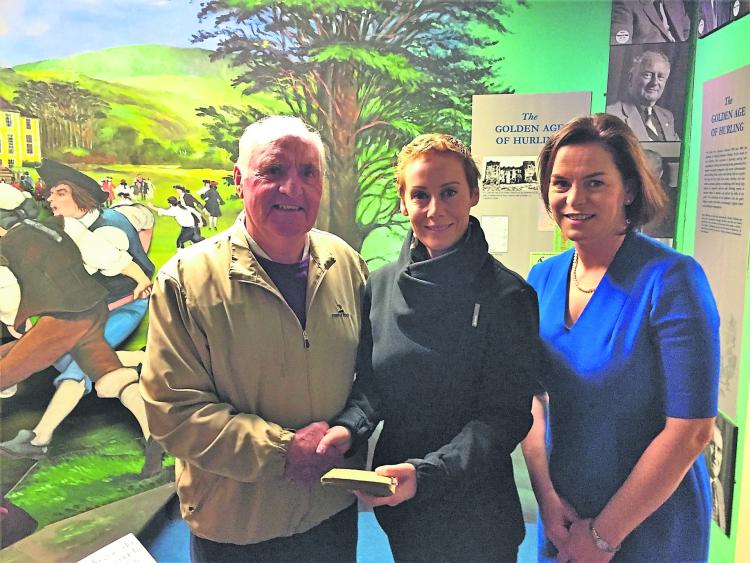 Lár na Pairce museum was presented with an historic manuscript recently.
It is the handwritten diary of Thomas J. Kenny, Portroe, who accompanied the Tipperary All-Ireland team to the United States on their historic trip in 1926.
The trip lasted ten weeks, seven games were played from New York to San Francisco.
The diary gives some of the flavour of the journey: 'Saturday, May 15th: Not much sleep last night when Nealon and Kennedy called on their rounds with notebook and pencil, asking if we jazzed with the Germans (This was on their journey from Cobh to New York on the liner, Bremen, and the passengers were mostly German), thereby suspending ourselves from the G.A.A., and if we took the meat sandwiches, thereby excommunicating ourselves from the Catholic Church.'
Written in pencil (no biros then and carrying ink bottles was problematic) in neat handwriting, the diary formed the basis of the book, Tour of the Tipperary Hurling Team in America 1926, which was published by George Roberts, London 1928.
Apparently Tom Kenny couldn't find a publisher in Ireland interested enough and had to go to London instead. The book is a rare collector's item now and this manuscript, written in a notebook with the front cover missing, is a rare and priceless find. It includes the signatures of all the players on the last page.
Lois Tierney, a grand-daughter of Tom Kenny, found it in a drawer in her late uncle, Billy's, place in London. The find included a cache of Kenny family photographs also.
On behalf of the extended Kenny family, she has now presented it on loan to Lár na Pairce for the people of Tipperary as it records the epic journey of that great Tipperary team that captured All-Ireland honours in 1925 and made history as the first county team to visit America and traverse the continent from coast to coast.