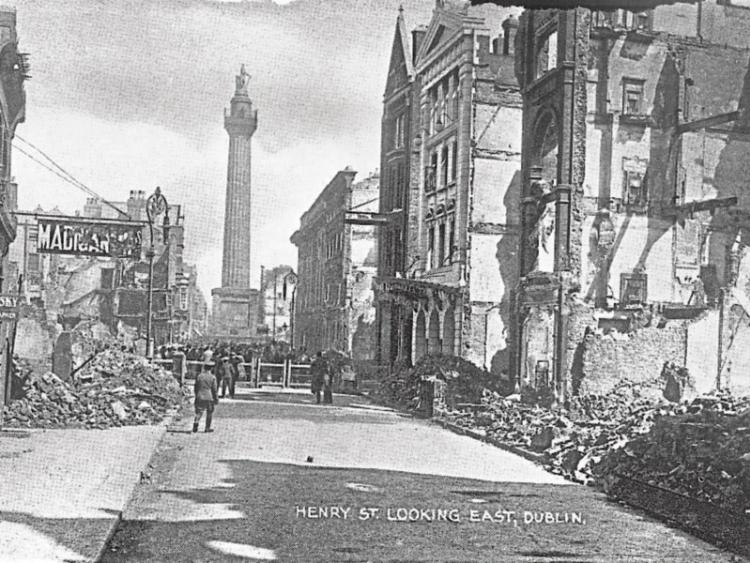 Henry Street Dublin in the immediate aftermath of the 1916 Rising.

Fethard Historical Society will host a lecture, ‘Ireland after the Rising 1916-1918’ by Dr. Noreen Higgins McHugh at 8 pm in the ICA Hall, Rocklow Road, on Thursday, October 18. Admission is €4.

Dr. Higgins McHugh is a Tipperary historian who has previously lectured for the society on such topics as genealogy and the Tithe Wars.

In this lecture she will look at what was happening in Ireland after the 1916 Rising: the execution of the leaders, national and international reaction to those executions, the Royal Commission of Enquiry, the Home Rule Scheme, the trial of Roger Casement, the deportations to internment camps in Britain with emphasis on life in Frongoch Interment Camp in Wales.

She intends to talk too about January 1919 on the night as it will be relevant, considering we are nearly at the end of 2018 and she herself is involved in a conference relating to the 100th anniversary of the Soloheadbeg ambush in January 1919, which is traditionally the start of the War of Independence.