The world is Tipperary's oyster following spate of national awards 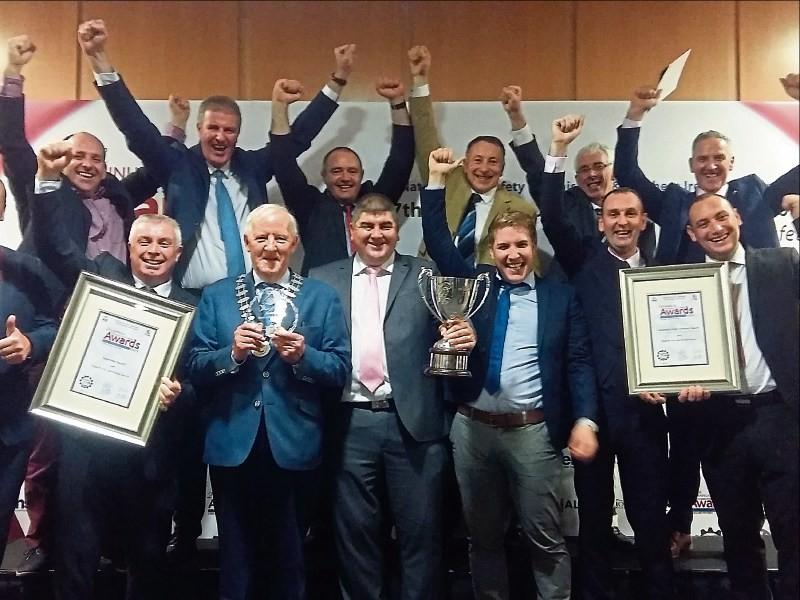 Tipperary Fire Services, which is headquartered in Nenagh, has been praised by local council Cathaoirleach Cllr Mattie Ryan for winning the Safety Management System award in the National Safety Awards.

The awards are jointly organised by the National Irish Safety Organisation and the Northern Ireland Safety Group.

The service previously won the New Entrant award in 2013 and the Best Public Service Award for the last four years, an achievement only matched by multinational companies.

“Winning the supreme award represents recognition on a whole new level and is a testament to the commitment of all involved,” said Cllr Ryan.

The Fianna Fail councillor also pointed out at the October meeting of Nenagh Municipal District Council that the town received further good news last week by coming second in the IBAL Anti-Litter League Summer survey, which showed Nenagh to be “cleaner than European norms”.

“Well done to the staff at Nenagh MDC, led by Seamus O'Brien, to the individual businesses and house owners and to the Tidy Towns committee,” said Cllr Ryan.

He said that Nenagh had achieved a bronze medal in the National Tidy Towns awards for the past four years, something never achieved in the past.

“Both results are an indication of all the positive work being carried out,” he said.

Cllr Ryan urged the owners of all premsies in the town to continue to improve and enhance streetscapes, saying many had already availed of the council's painting and enhancement scheme and window box schemes.

District manager Marcus O'Connor said the town had come a long way and it was hard to see it winning the same awards just five years ago. Praising the council staff, he said a lot of the work went unseen at 6am but it was paying dividends.

“Hopefully, we can build on it,” said Mr O'Connor.