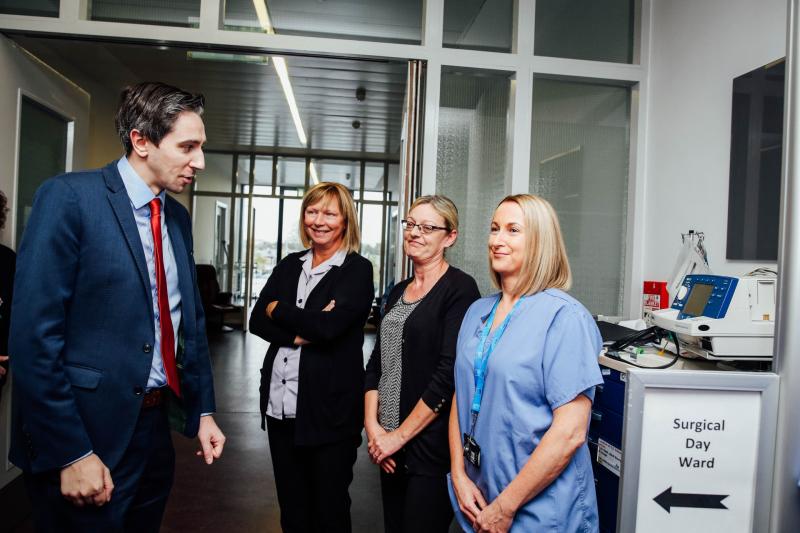 Under a nationally funded initiative, Nenagh has become a national centre of excellence for cataract surgery.

All suitable cataract surgery within UL Hospitals Group is to migrate from University Hospital Limerick (UHL) to the new theatres at Nenagh.

The first procedure under the new initiative was completed in July of this year and with one list of 10-12 patients a day being completed once a week, it is expected that 200 patients will be taken off the surgical waiting list by the end of 2018.

When the theatre in Nenagh moves from one-day-a-week to five days a week in 2019, it is expected at least 10 times that number of procedures will be carried out in a full year.

This will see Nenagh Hospital not only play a significant role in reducing waiting lists for cataract surgery in the Midwest but will also make a mark nationally by insourcing patients from other regions.

Staff at Nenagh Hospital and the Perioperative Directorate at UL Hospitals Group have worked closely with the HSE Acute Hospitals Division, the Department of Health and the National Treatment Purchase Fund (NTPF) in securing the additional resources and funding for this initiative.

In June 2018, the Directorate completed a position paper to establish a stand-alone, high-volume, consultant-led cataract theatre at Nenagh Hospital. This resulted in a commitment of €1 million in capital funding for equipment and additional funding for the extra medical, nursing and administrative resources required to run the service.

Speaking in Nenagh this Monday, Minister Harris said: "I am delighted to be here this morning to officially open the UL Hospitals Cataract Centre at Nenagh. This centre represents just under €1m in capital investment and will be a centre of excellence for the UL Hospitals Group and surrounding counties."

On his visit to Nenagh, Minister Harris was also given a tour of the state-of-the-art new inpatient accommodation for medical patients. The first phase of this €4.6m project has been handed over and the first 18 patients (16 single rooms and one two-bedded room) are due to be occupied by the end of this month.

A two-room suite which forms part of the phase one extension is being provided as a result of the support of the Friends of Nenagh Hospital and will be known as the “Gloster Suite” in memory of the late Alice Gloster who generously left funding in her will to the Group.

The second phase of the development, which is currently being procured, will see the refurbishment of the male medical ward space to provide a further eight beds in four new double occupancy en suite inpatient rooms along with other ancillary spaces including administration offices, staff facilities and ward storage areas.

This should be complete by end of 2019 and will increase by two the overall bed capacity in Nenagh.

“A large bequest from the estate of the late Alice Gloster, Rathnaleen, Nenagh, has allowed the Friends to finance the Gloster Suite, in Alice’s memory. The suite, which will form part of the new Medical Ward, will be used for end-of-life patients and their families, in accordance with Alice’s wishes. The HSE have very kindly accommodated us in honouring Alice’s memory and both the Friends of Nenagh Hospital and Alice’s family are extremely grateful for this kind gesture.”