Tipperary's largest town Clonmel fights to save its Christmas lights 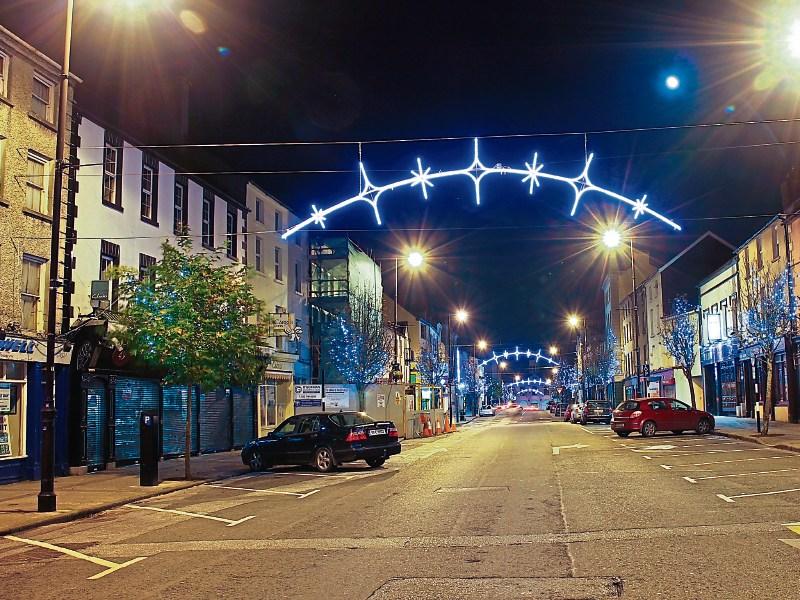 The business community in the town is requesting what it calls ‘European standard, Christmas lighting in Clonmel every year, as in the capitals of counties across Ireland’

The business community and local politicians in Clonmel are up in arms over the amount of funding provided by Tipperary County Council for the town's Christmas lights.

There is a growing sense of anger that while Clonmel receives just €6,000 towards the cost of providing the lights, the allocation for Thurles is €50,000 and €25,000 for Nenagh.

Cllr. Michael Murphy has even claimed that the situation has raised the prospect of the town's streets being left without Christmas lights next month.

"What are we to tell the children of Clonmel, that we won't have Christmas lights this year", he asked at a meeting of the Borough District Council.

Meanwhile Conor Moroney, a spokesperson for the O’Connell Street Business Association, says the association is seeking, on behalf of citizens, a fair and level playing field for Christmas lighting in Clonmel.

He said they were seeking “the same fulsome engagement by our local authority with enthusiastic supports for European standard, Christmas lighting in Clonmel every year, as in the capitals of counties across Ireland today.

“We seek, no more or no less, than equal local authority engagements in Christmas lighting in Clonmel, as exist in other large conurbations in Ireland, to progress the vitality and vibrancy of Clonmel.”

District Mayor Richie Molloy has stated that there is “fear” out there about the town's Christmas lights. It had been there for the last couple of years and it was a real concern.

"Where did it all go wrong, why are we in this precarious financial position where there's a threat to services", Cllr. Murphy asked when it was announced at the council meeting that this year's budget allocation for Clonmel Borough District would be €83,157, a significant decrease from last year's figure of €251,670.

He said that the amalgamation of North and South Tipperary County Councils four years ago wasn't working out for Clonmel and the sooner the town declared independence, "like Catalonia", the better.

He said that almost one third of commercial rates and 48% of parking charges generated in the county came from Clonmel.

The County Council Head of Finance Liam McCarthy told the meeting that the Christmas lights allocation would be looked at again.However he said that county had €1.2 million less than was available last year and they had to work within those parameters.

The overall take in the former Clonmel Borough Council was 18% of the county's commercial rates and 43-44% in parking charges. The local government fund hadn't been increased for a number of years and the income side of the house was very limited.

Mr. McCarthy also pointed out that a number of infrastructure projects were being undertaken in the Clonmel District and elsewhere.

Because of the councillors' decision to revert to the 2017 level of Local Property Tax, funding of €591,455 that was available this year wouldn't be available next year.

Cllr. Siobhan Ambrose said "the amalgamation was the worst thing that had happened to us" (Clonmel).

Cllr. Pat English said the abolition of Clonmel Borough Council had been “a complete disaster” for the town.